Launched for Pebble users on the Beta track back in December, Pebble’s Android Wear support goes live for all Android users as of today with the latest update to the Pebble app for Android.

The new update which is now rolling out to Pebble users through Google Play, brings actionable notifications, pre-defined responses (up to five) and the ability to reply from your Pebble to most SMS apps. These helpful new features are only possible thanks to ‘the open approach Google built into Android’s notification system’ according to Pebble, with Pebble taking a dig at iOS saying ‘We hope more mobile operating systems follow suit so all Pebblers—no matter their smartphone choice—can take advantage of all the delightful features we introduce now, and in the future’.

To get all these features you’ll need to have the latest firmware (V2.9) and the latest Pebble app (V2.3.0) from Google Play. Full release notes for the update are below:

Time to drag that Pebble out if it was away, or get busy updating if it’s been on your wrist this whole time. 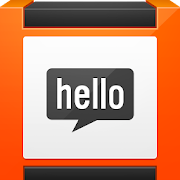 Got this on mine now – but I had hassle with pairing and connection immediately afterwards, so be aware you might have to reboot the watch. Also no emoji replies etc., and its quite short messages only.

Not had call to abuse anyone with a reply yet…

Yes, no ok and call me… Very useful. Better than the smiley’s etc.