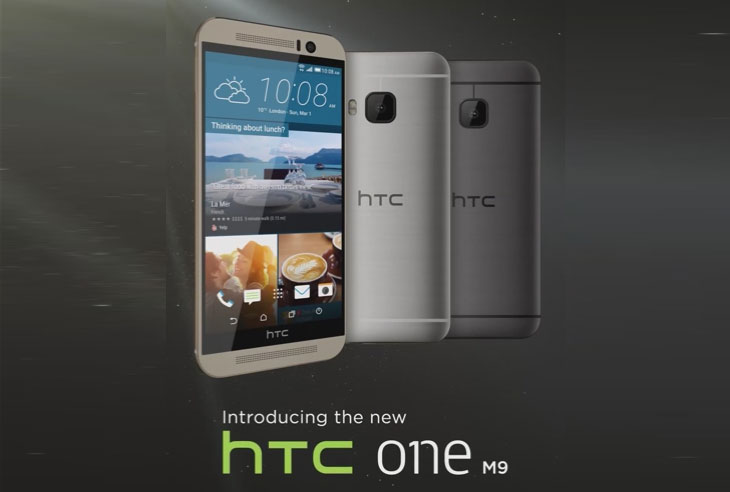 We’re days away from the reveal of the HTC One M9 in Barcelona, just before Mobile World Congress 2015. While we’ll have Dan on the ground to cover the reveals, it seems Upleaks has beaten everyone to the punch with an “Introduction” video for the phone.

The video – strangely, made for portrait orientation – seems to confirm a number of rumoured specs and features, while also revealing some new information about new Sense features and capabilities.

Design-wise, the video claims a “Refined two-tone metal finish” (they’re not wrong, it looks lovely even if it looks pretty similar to the M8), and looks very close to the Cyberport images spotted the other day. It claims an UltraPixel camera on the front for “better selfies in low light” with a 20MP rear camera to “capture every detail”. If that last part is true, then the Duo Camera is history.

Unsurprisingly, BoomSound is front and centre on the M9 but HTC’s brought Dolby Audio Surround on instead of the Beats Audio of yesteryear.

There’s a number of software features, too:

There’s also mention of HTC Connect, which allows you to stream video or music with a three-finger swipe upward on the screen. This is very similar to the way iOS apps invoke Apple’s AirPlay functionality.

Most interestingly (well, for those of us who are picky), there’s four soft buttons on the screen. Left to right, it seems to be Back, Home, Recent Apps and … Power??

All will be revealed in the wee hours of March 2 in Barcelona, and we’ll be covering it live. In the meantime though, if anyone has any idea why the video’s portrait-oriented, let us know.

Real deal or no deal? What do you think of the video — and, if it’s real, the HTC One M9? Tell us in the comments!

The video is now gone.
Is there a legit link to another source for it?

I an M7 owner and and wasn’t a fan of Ultrapixel, I just wish they’d stick with something. So now that in the rear is gone, along with that Duo they introduced with the M8? How about sticking with these things and fix the problems people had with previous versions like the low megapixel count? This looks closer to the M8 than the M8 did the M7, and while I liked the original design, I wish they’d slim those bezels down, especially now we have things like the G3 and Aquos on the market. They can keep the speakers, just… Read more »

Couldn’t they just have double tap anywhere on screen to power off, just like Action Launcher 3 has, or numerous Motorola phones.

I suppose that this makes the power off action obvious, unlike the 3 finger swipe up that launches HTC Connect (it’ll connect to whatever you last had connected – such as a Chromecast or Bluetooth speakers). HTC has had this since the original One, but I suppose it’s been a bit of a hidden feature.

Very disappointed. There’s one last lingering hope that this is all a giant troll by HTC, but I don’t think that’s the case. Seems like HTC will be re-releasing the One M8 with new internals. Seems like they’ve jumped on the Apple and Samsung bandwagon.

Such a shame, especially when we were spoiled with those evleaks renders, which had it looking like a really awesome device.

Why would HTC release the same phone design two years in a row? Did they really think fans and critics would applaud that?

meh, i was really excited about this phone based on the renders that came out 2 weeks ago but since last week its been pretty obvious that its just a revamped m8.

I love HTC devices, my DHD was the most solid piece of kit I’ve ever had but a facelifted M8 probably isn’t enough to tear me away from my N5