If you have travelled overseas any time recently you will know that if you visit more than one region the travel charger you have to cart about can often be quite cumbersome. Not any more if a recent Indiegogo campaign gets off the ground. The team that brought the foldable UK charger, Made in Mind, has announced a campaign for the “World’s Thinnest International Charger”. 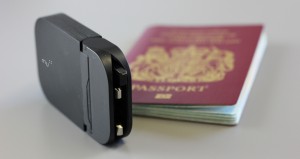 The charger, called the Mu System, is “compatible with all makes and models of smartphone, tablets, MP3 players and pretty much all USB-charged devices” which basically means you just plug a USB cable into it and the other end into your phone. Seems simple doesn’t it? The advantage of the Mu System is that it has separate plug attachments for sockets of all regions of the world including the UK/Hong Kong, US/Japan/China, Europe, and Australasia. Not only that but the charger, at only 14mm thick (or thin depending on where you sit) fits into the pocket of your skinniest jeans. The Mu System comes in both black and white colours and a single USB and a dual USB port configuration. For $44US you can back the single USB port version and for $5US more you can get the dual port version, if the campaign hits $150,000. Considering the original target was a modest $10,000 and at the time of writing this it was up to $127,000US. With 2 weeks left in the campaign I can see this campaign easily hitting $150,000 so if you are interested and plan to be travelling any time soon then this might be the campaign for you to back. Head on over to Indiegogo and back the Mu System you might like

I can see 1 potential problem, with the European and Aussie plugs, the width would be too wide for some sockets maybe? If there it something in the nearby socket already…