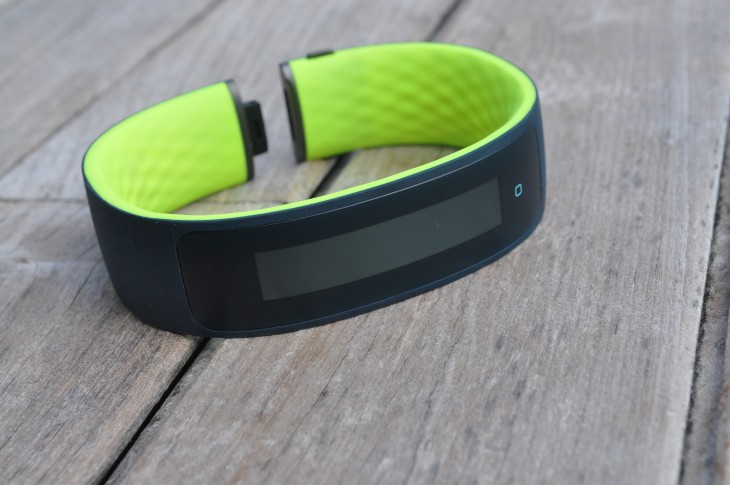 After launching the brand new HTC One M9, HTC also announced a continuation of their move into the personal wearable device market, which began with the RE camera last year. This time around, we’re looking at a fitness band, going by the name HTC Grip. It’s the first product born from HTC’s new partnership with US-based sports clothing and accessories manufacturer Under Armour, announced in early January at CES. It’ll be available for both Android users as well as iOS, using Under Armour’s Record app to track your activity.

What can it do? Well, there’s GPS tracking for all you runners out there as well as all your normal fitness band functionality like step-counting and sleep tracking. It also offers the ability to track your workout in a Gym setting as well – with modes for running on a treadmill, or using an elliptical without enabling the GPS, thereby saving battery life. You can also connect to bluetooth heartrate monitors to track heart-rate and calories burnt.

All the data is stored in the Under Armour ‘Record’ app that’s already available on iOS and Android – although support for the Grip won’t be added until closer to launch. The Record app includes a lot of tips and social elements, allowinig you to follow professional athletes, nutritionists and trainers – or even interact with your own circle of friends for motivation. It’s a cool app – and with Under Armour now the proud owner of Endomondo and My Fitness Pal, you can bet there’s some interesting integration coming.

You’ll get notifications – in the form of vibrating or audible alerts – for calls, alarms and calendar events and there’s also some remote abilities so you can control music playback, decline calls or respond with a text.

The Grip is made of a two-tone TPSiV plastic from Corning. The material is slightly rubberised, in Black/Lime with a curved 1.8″ 32×160 plastic AMOLED (PMOLED) touch-sensitive display. The band itself is waterproof with an IP57 rating, meaning you can take it in the shower without worry – it’s also shock resistant carrying a Military Spec (MIL-STD-810G 516.6 Procedure I,IV) rating. There’ll be three sizes of band (small, medium and large) and stainless steel links can be added to expand your band a little for the perfect fit. These links fit neatly into the custom clasp design, which also houses a four-pin USB charging port where you plug in the proprietary charging cable.

The HTC Grip connects via Bluetooth 4.0 LE and contains an array of sensors such as GPS, Compass, Gyroscope and Accelerometer. The device itself has 8MB RAM and 16MB of storage, but with no plans to store music or run third party apps, it doesn’t require a huge amount of space to do what it does.

The band contains a 100mAh battery which will let you track activity for 2.5 days, or 5 hours if you’re tracking with GPS so you’d better get that marathon done in time. The band charges in around 1.7 hours from flat to full, so can charge it quite happily while you’re sitting at your desk so you don’t miss tracking those all-important steps.

Now, you’re interested in the band, but there’s some bad news: The HTC Grip will only be available in the US initially. The launch is planned for around Spring, with a price tag around US$199. HTC is looking to roll availability out further but has no information to share at the moment – but it’s still a great-looking fitness band.

Daniel travelled to Barcelona as a guest of HTC

5 hours battery life if you have GPS on! Are you kidding? That’s just pathetic.

No heart rate monitor – they just lost a customer. That’s rather pathetic. but just like HTC to fail so terribly.

Absolutely, big let down there with the lack of a heart rate monitor. The Huwei watch has one and its not even a dedicated fitness band.