HTC has really upped their game in the last 12 months, branching out into a companion line of products under the ‘re’ brand. The re camera was launched last year and today, HTC has announced the grip fitness band, and in a massive surprise, they’ve added the Virtual Reality headset the ‘Vive’.

Virtual Reality is an exciting area for HTC to be entering into, the Vive headset isn’t a headmount using a phone as a removeable display, but will instead be a complete unit which will be paired with a PC.

HTC has partnered with software and gaming juggernaut Valve to release the Vive, which is the first VR headset to launch using Valve’s Steam VR platform. With Valve on board and the association with Steam, there will be content from Valve – but alas no Half Life 3. HTC has announced partnerships with the likes of HBO, Lionsgate, Vertigo Games, Bossa, Barry –Fireproof, Dovetail Games, Wemo Labs, Google, Steel Wool Games and Owlchemy.

While Valve and the Steam platform obviously offers a great way to get gaming on the Vive, HTC is looking beyond gaming and is committed to a broader vision for VR. HTC sees applications for Vive to deliver experiences around Travel, Education, Training, Health and Fitness, Self Improvement, Shopping and of course watching Movies.

It’s rare that a company has an opportunity to forever transform the ways in which people interact with the world and communicate with each other but that is exactly what we plan to do with Valve.

HTC will be able to offer a lot of these experiences due to ‘Full Room Scale’. Full Room Scale is the ability to render a 3D virtual object in a virtual environment, which the user can then get up, move around and examine it in full detail.

The Vive is a fully immersive experience which offers a ‘VR Optimized Display’ with optics that are crisp and comfortable to view displaying up to 90 frames per second. The Vive will have 360 degree tracking to track the headset, as well as controllers in any direction – yes, there will be controllers, with HTC intending to launch VR Controllers in pairs designed to work with a wide range of VR experiences 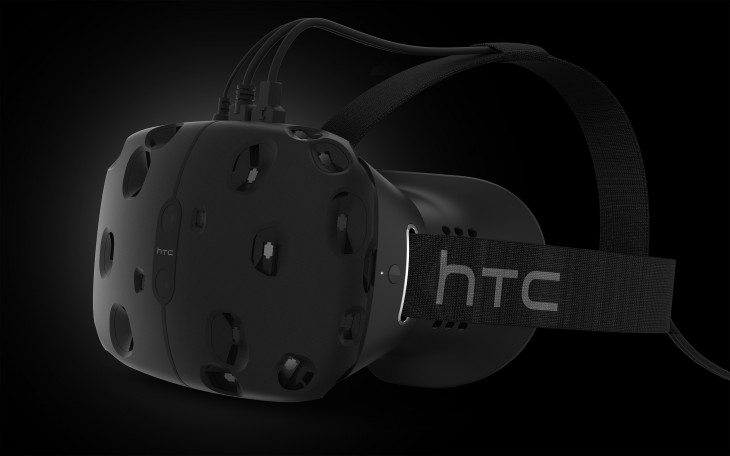 The HTC Vive will be released in a developer edition first, which will start seeding to interested developers in the US Spring. Developers who are interested should be able to sign up to the developer program very soon.

A consumer edition is expected to be launched globally around the holiday season this year. Pricing hasn’t been announced for the developer edition, or the consumer edition as yet but will be announced as the official retail launch approaches.

We’re hoping to get our first look at the HTC Vive this week at Mobile World Congress and will bring you anything we can. HTC will have more information on the HTCVR website and keep an eye out for more information from Valve from the Game Developer Conference in San Francisco later this week.

Daniel travelled to Barcelona as a guest of HTC

Does the HTC Vive speak to you?