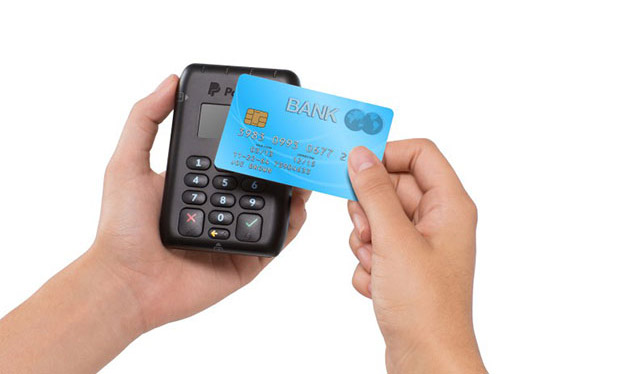 The new device, which is said to work exactly like like terminals in retail stores, however an additional add-on connects with a separate mobile device to power the whole device.

The news of the new NFC enabled Here device comes as mobile tech giants like Apple, Samsung and Google have all recently announced and launched their own mobile payments app system for their smartphones respectfully.

Paypal haven’t announced any pricing just yet but they have stated that the new NFC enabled Here mobile payments card reader will be available here in Australian and the UK in Summer, which is a little weird given our Summer is much, much later to the UK’s, that for sure.

Dan will be catching up with Anuj, PayPal’s head of Strategy tomorrow, so we hope to be able to at least find out when the new Here mobile payments reader will officially be available here.