BitCoin is either the future or a massive scam, that’s the way it seems to be when you speak to people about BitCoin. I’m personally interested in BitCoin, it’s something that seems positive, but just all to hard to get into. CoinJar, Australia’s largest and longest running bitcoin company, is aiming to make their product the fastest and most powerful way to buy, sell and use bitcoin with the release of their new Android app: CoinJar Touch.

CoinJar is at its core a BitCoin wallet, there’s a heap of features inside, which also tie into a number of CoinJar exclusive features which make accessing and using BitCoin safer and easier. Options like CoinJar Swipe, which lets you tie your BitCoin to an EFTPOS card you can use at any EFTPOS terminal, and ‘CoinJar Hedged Accounts’, ‘which allows users to “peg” their bitcoin to a reference currency, so if you buy $AU250 of bitcoin today, you’ll have $AU250 of bitcoin in a year’ – it’s their way of taking the danger out of using crypto currencies and what’s seen as a sometimes volatile currency.

The app comes with a range of features :

We asked Asher Tan, CoinJar co-founder and CEO about the design of the app, which seems to be a port of the iOS version which earlier this year. Rather than a straight iOS port, he sees it as a unique meshing of the two designs which allows for future development:

The UX for CoinJar Touch on iOS and Android is both based on our overall design language for CoinJar products, which allows a cohesive interaction flow between devices. While the Android version of CoinJar Touch did come after iOS, it isn’t a direct port — in fact, building the Android version of the app revealed new possibilities that may influence future development of CoinJar generally.

The iOS version of CoinJar was released last month and less than a month later we’re into an Android release, a decent turnaround for any company. The Android version of CoinJar is on par with the iOS version, and Mr Tan says is in some ways moreso than the iOS version. The inclusion of ‘Hedged Accounts’ which lets you pin your BitCoin to a specific currency such as AUD, GBP, EUR or USD, makes it a more stable option for businesses.

You can apparently purchase Bitcoin from within the app by transferring from your ‘Cash Account’ to your ‘Everyday Bitcoin’ account, instantly converting at the spot rate. Asher Tan says that they have done this to make purchasing Bitcoin more intuitive, and because

From using the app – or attempting to, from my perspective I found CoinJar completely unintuitive when it comes to actually purchasing Bitcoin. The end result of trying to work this out is that you have to actually go to the CoinJar website, login, go to your CoinJar Cash Account and make a ‘Quick Deposit’ (It takes 1-3 days so not really ‘Quick’) of cash via BPay to your account and then you can transfer cash to BitCoin from the app.

Having a requirement to use the website essentially destroys the point of the app from my perspective – at least for purchasing Bitcoin. This whole process smells of trying to avoid paying Google (or Apple on the iOS version) a cut of transactions within the app.

Actually transferring or requesting payment from other people within the app appears quite easy though, utilising fairly easy to share QR codes to facilitate the transactions and requests.

Of course you want to make your finances secure, CoinJar lets you set a passcode for the app, as well as giving you the option to erase all CoinJar data if more than 4 failed passcodes are entered. As an added security measure taking screenshots on CoinJar appears to be blocked. On iOS they have tied the security access to TouchID, and despite big name phones from Samsung supporting fingerprint authentication and having a readily available API to allow it, Asher Tan has advised they have ‘no plans to offer fingerprint recognition on Android devices at this time’.

If you’ve been wanting to look at a new Bitcoin wallet, or even like me get into Bitcoin, CoinJar isn’t too bad. There’s some issues with purchasing Bitcoin, but it seems to be quite good at everything else and the Hedged Accounts is a true stroke of genius for making Bitcoin more acceptable from a business standpoint. 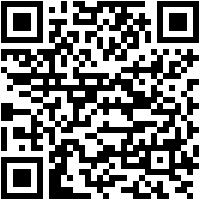 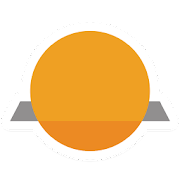