Telstra is fairly heavily invested in sports streaming apps, including NRL and AFL apps, and they’ve also been behind the Netball Live app which has streamed games live for Netball fans. Telstra has announced today that they’ve released a new Netball Live app for Android (and iOS) in preparation for the upcoming season and of course the Netball World Cup due to begin in Sydney in August.

The new app – Netball Live Official – is now live in Google Play, and has a host of features. As a sports streaming app, Telstra is of course going to charge for the content, you can purchase a monthly pass for $12.99 per month or an annual pass for $29.99. What do these in-app charges get you?

Currently the app is phone-only, but Telstra plans on releasing a tablet compatible version later this year. There will also be updates to bring sections for the Netball World Cup Sydney 2015 and the Australian Diamonds.

There’s currently a few one-star reviews for the app – which went live on the 26th of February – in the Google Play store, with many users complaining about issues with streaming, so hopefully these issues get sorted out before too long.

If you’re a Netball fan, then head on over to Google Play and install the app and sign up for the season – or try it out for a month.

Edit:
After playing around with the app this afternoon, I can say that it’s actually quite nice. The app has a really nice Material Design layout and is quite responsive. I can’t speak for the streaming as I’m not generally a Netball watcher, but the app itself is quite nice.

The app was designed from the ground up by local firm Outware Mobile, makers of a couple of really well designed Android apps including my personal favourite Snap, Send, Solve – an app to streamline the process of reporting issues to your local council. The team at Outware Mobile worked quite hard on the update to the Netball Live app and it certainly shows.

If you’re a keen Netball fan, this app is really nice to use, so definitely check it out. We’re following up with Telstra regarding the streaming issues and we’re hopefully going to receive some feedback from them soon. 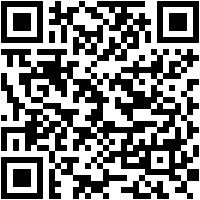