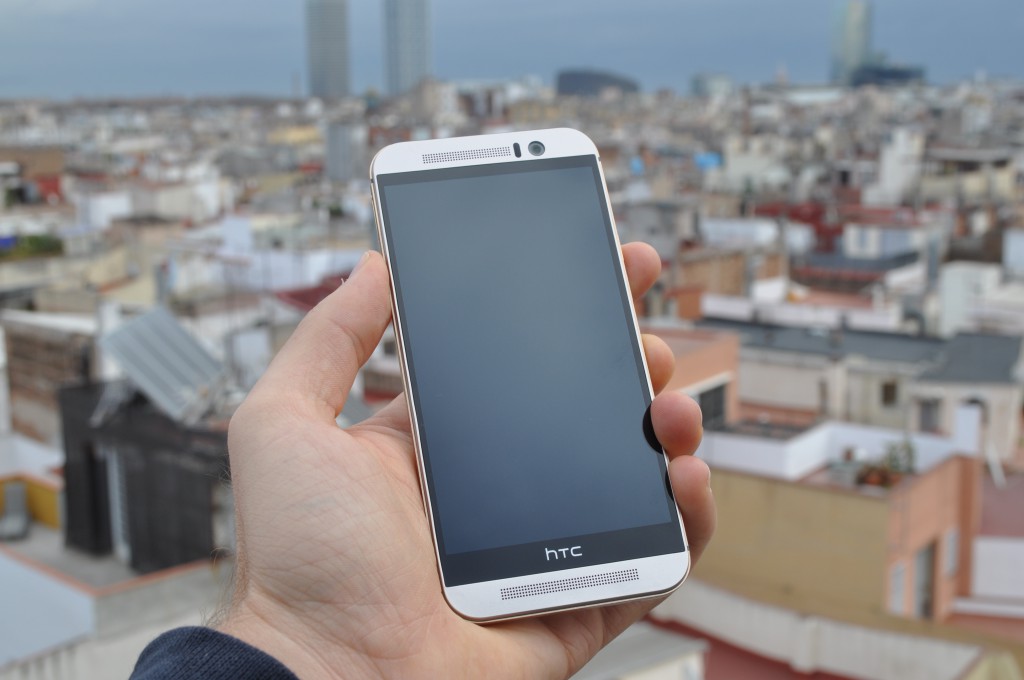 At their Australian launch event in Sydney, HTC has again shown off their latest high-end flagship the HTC One M9. They’ve shown off the features and spoken of the bespoke design, and of course talked about availability.

The good news for everyone is that the HTC One M9 will be available from all three major carriers, with Telstra, Vodafone and Optus all carrying the handset. Pre-sales from the carriers will begin tomorrow morning on the 18th of March, before going on-sale on the 24th of March. If you’re not interested in a handset on contract, you can of course purchase it outright with HTC setting a RRP of $1099.

But the phone will be available from carriers, so how much will the HTC One M9 cost you?

Telstra
Telstra is pleased to welcome the HTC One M9 onto their 4GX Network, announcing the handset is fully compatible with their Cat6-LTE network, offering download speeds up to 100Mbps in compatible areas.

Telstra will have a three month exclusive on the Gunmetal Grey version of the HTC One M9, and they’ll also be offering a pre-order exclusive with the M9. Anyone pre-ordering the HTC One M9 online tomorrow from 9am until 8:59am on the 24th of March will receive Monster DNA On-Ear Headphones valued at $229 RRP. But what about pricing? The HTC One M9 will be available from Telstra on a range of plans for Personal and Business users:

Vodafone is heavily leaning on their content bonuses with the HTC One M9 offering a choice of subscription to either Spotify Premium or The Age/SMH for a period of time dependant on your plan.

Plan wise the HTC One M9 is available on a range of plans including : Optus is also offering the Gold on Silver version of the M9, their pre-orders page has now gone live on their website.
Optus has no specific bundles available for the M9, but there’s bonus data offered on the $60, $80 and $100 per month 24 month plans.

Virgin Mobile
Virgin Mobile too has announced that they will be carrying the HTC One M9. Their One M9 page shows that they’ll also be offering the phone in Gold on Silver colour option, but there’s no pre-order bonus. There’s a variety of plans available, but Virgin seem to be focusing on the $60/month plan with $13/month handset repayments ($73/month total) over 2 years.

The HTC One M9 is a great looking handset, with handcrafted dual-tone and dual-finish, with each unit hand finished by a master craftsman. The new look includes a brushed effect on the rear, while the sides are hand polished to a shine.

The HTC One M9 will feature all the great hardware with a Snapdragon processor, 3GB of RAM, 32GB storage and microSD Card slot up to 2TB (If you can find it). It also has a 20MP camera on the rear with a sapphire crystal lens, and the famous HTC UltraPixel camera has been relegated to selfie duties on the front of the phone. The M9 comes with a lovely 5″ FullHD display and will be powered by Android 5.0 running HTC Sense Seven.

Sense Seven comes with a range of new features including a theming engine, allowing you to download themes, or create and share your own themes. There’s also improved camera editing features with improved effects and editing, as well as a new contextually aware home widget which will offer you a range of compatible apps dependent on where you are. Blinkfeed will also see an update, offering suggestions at meal times.

A full range of HTC accessories, including the Dot View 2 cases will be available, but we will be seeing more information about their availability shortly.

We’ve already had quite a close look at the M9 when we were in Barcelona for Mobile World Congress, you can read all about it right here. We will be getting a closer and longer look, so keep an eye out for our full review soon.

Does anyone think phone deals are getting worse over time? You used to be able to get a flagship Android phone for around $50/month on Optus or Voda. Sadly it doesn’t seem to be the case any more.

phone prices are getting ridiculous

Really pissed off that they’re charging around $200 more than the M8 was. Greedy bastards.

Mobicity US have it for pre-order for around $670 ($875AUD). It’s a shame companies charge the extra premium at retail for phones in Australia. I guess that’s why people buy grey imports online or buy overseas and use freight forwarders.

Grey imports also have the bonus of receiving updates quicker, no thanks to the generally slow update times of our wonderful carriers.

Will Telstra have it in the Silver/Gold?

$1099 wtf. I remember buying a brand new HTC desire for 650 the second month of its release from telstra. What was that 4 years ago.

Wow, both HTC and Samsung are trying to beat Apple in phone price now.

I think that’s what’s happening, manufacturers keep increasing the price of their phones with the same crappy battery life to see how much people (suckers) will pay for them.

Any mention if it was blue tick on Telstra?

Doubtful, most full metal phones cant be blue tick because the casing interferes with reception.

I wouldnt rush into that considering how average HTCs build quality has been on the first batches of one devices. Might be a bit tricky to swap over with yatango if you get one with squishy buttons or screen not being flush with the speakers etc..etc..

Yeah but for $250 off retail I’ll roll the dice, did the m8 have issues at launch?

Yes it did. Squishy buttons and depending on where it was built you got a warm screen with a yellow tinge. Its launch was much better than the m7 so hopefully they get it right this time.

cheaper to buy an iPhone and people will at that price. Nope that is a joke sorry no thanks.