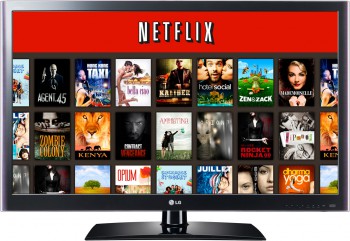 Netflix planned Australian launch on Tuesday the 24th has been apparently pre-empted by a leak of what appears to be pricing and a dump of their entire catalogue of both TV Shows and Movies. The dump comes from a user on the /r/Australia subreddit who was able to login to the site using a workaround and check out the pricing and then take screenshots of the content catalogue.

Pricing
As previously announced, there will be three tiers of pricing, a single stream SD plan for $8.99/month, a two-stream HD plan for $11.99/month and a four-stream 4K UHD ‘Family’ plan for $14.99/month. The plan page has a rider at the bottom which reads:

All plans offer unlimited TV shows and movies, on as many devices as you want High Definition (HD) and Ultra High Definition (UHD) availability subject to your internet service and device capabilities. Not all content available in HD or UltraHD.

HD quality streams are offered in 1920×1080 resolution while Ultra HD or 4K content will be offered in 3840×2160. Netflix original series such as Orange is the New Black are all filmed in UHD to flesh out the companies 4K offerings.
Update (23/03):
Netflix has confirmed this pricing is correct this morning.

Content
In terms of catalogue, this has been the big question for a number of Australian customers already using VPN services to access US or UK based Netflix accounts. There are definitely differences between US and UK, and with various streaming deals already in place it’s assumed that there will be differences with the service on offer here in Australia.

We haven’t had a huge chance to look through the catalogue as yet, but you can check out each category as shown in the screenshots below. The Australian content includes a couple of titles, but is depressingly small. It should be fleshed out more as Netflix becomes more adopted and hence builds more clout to negotiate with local distributors for world-wide distribution.

If you’re wanting to sign up, you should be able to as of Tuesday morning when Netflix will officially launch. The Netflix Android app is already live in Google Play for Australians to download, but you’ll not be able to sign up as yet.

What are your thoughts on Content and the Pricing? Will this make a dent against QuickFlix, Presto and Stan?

“In terms of catalogue, this has been the big question for a number of Australian customers already using VPN services to access US or UK based Netflix accounts.”

EXACTLY!! Why would I switch to the watered-down version of Netflix Australia when I can continue using a proxy service like http://www.smartdnsproxy.com to gain access to the full US catalogue? ‘Netflix Australia’ isn’t even close to the real experience of ‘Netflixing’.

you can sign up for the aussie version and then you can still change region to UK/US/Canada etc. That way, Netflix AU will gain some traction whilst you still get to access all the content you are used to!

Why are they advertising multiple stream options when they have this “All plans offer unlimited TV shows and movies, on as many devices as you want”
Wouldn’t you just call them standard, HD and UHD?

Yes, you can watch it on as many devices (that support it) but not at the same time.

If you have two streams, (The HD package) You can share the account with a family member or friend and watch it simultaneously.

Is that it? i thought the mighty Netflix was the most comprehensive of all streamers? Lots missing in my mind… i StanTV for the trial month and it leaves Netflix in its dust!

Its not Netflix fault – its Foxtel and other rights holders who restrict Netflix’s access to content. Remember most of the content on Netflix is not owned by Netflix.

Will the netflix have live sports which is similar to foxtel? If such, it will be great.

These are just digital video stores, they are already marked for extinction.

What do you propose for TV consumption? A single showing where you have to be in front of the TV at the correct time and watch ads?
How fun!

Foxtel, even Foxtel Play for a few reasons. The new pricing is pretty good, the IQ boxes record well and you can ff the ads. You won’t see much HBO material on Netflix, so you will probably have to subscribe to Stan also. Still, what if you want live sport or news? $30 a month more for pay tv, than 2 online subscriptions is going to cost isn’t breaking my bank.

Netflix plus a DNS redirector is still less than half the price of Foxtel with a better range and no ads to FF at all.

No wonder it’s taken over America.

^– This… I will be keeping my US Netflix, thanks.

Interesting to see Winter Soldier listed. Not on tne US verson.

If it wasn’t for Netflix’s comprehensive device support, or better outlooks in terms of securing content, I’d say Stan has a bit of a win here.
Cheaper than the second tier yet offering more streams and matching on HD quality. Some impressive content wins in it’s own right (Better Call Saul, Breaking Bad, all Underbelly’s etc).

At the end of the day, I’ll probably be getting a subscription to this as well. They’re cheap enough to buy multiple subscriptions, and there’s a surprising lack of cross-over in terms of content, meaning you should get your money’s worth.

Yep, HD is something of a must for exactly the type of people who will subscribe to such services, yet they want $12 for HD & 2 streams. Netflix really need a 1x HD stream option at $10 to be comparable. In the end however they don’t really seem to be offering much that I would have interest in. We really need a number of the services to go by the way so there is less of the ‘exclusives’ type lock in. You should be able to get what you want without multiple subscriptions (let’s be honest, the shows and… Read more »

Nice to see that House of Cards and Orange is the New Black are there. No Star Trek unlike Stan, which is… a little worrying.

Were you joking about Star Trek? I hope so lol

Star Trek TNG is decent enough, especially after the HD remaster. I haven’t watched these episodes in over a decade and it’s a good ‘background TV’ show.

Not bad, worth trying it out for a month at the very least. Did notice that daredevil (the tv show not the movie) does not seem to be listed but hopfully that is because it has not quite started yet.

All the first part Netflix content is there. Which is awesome. The exclusive deals with Foxtel for House of Cards and Orange is the New Black must have been ‘fixed’. Brooklyn Nine-Nine is a massive scoop over the US version. Started a trial of Hulu to watch that show.

I can’t see The Unbreakable Kimmy Schmidt, which would be a bit of a let down. Just started that, and it is hilarious.

Great to see Australian content as well. Rake! The proper Rake, with Richard Roxburgh, not the US knock-off.

Kimmy Schmidt is probably too recent that they’re still haggling with a local distributor. But yes, I’m very impressed that the rest of their original programming is seemingly coming over intact.

Nice, can already see a few shows not on the U.S. version.

Yeah not quite right but I got a giggle out of the ALP NBN part.