Like the rollout of the Chromecast before it, the rollout of the Nexus Player outside of the US has been incredibly slow, but it’s happening apparently. Japan was first, and it looks like the UK is next with Amazon listing the player on their website with a March shipping date.

The Amazon website lists the Nexus Player as available for pre-order right now for residents of the UK, with an expected shipping date of March 26th. Price wise the Nexus Player will set you back £79.99 which includes free delivery in the UK, but you’ll need to fork out an extra £50.70 for the Nexus Player Gamepad – although it looks like it ships from the US so you may want to wait for a UK based one.

The rollout timeframe actually is quite close to the UK launch of the Chromecast which launched in the UK, over a year ago on March 19th. If this schedule continues, we should see the Nexus Player and Gamepad launch here in Australia in May.

Are you waiting for the Nexus Player, or have you decided to wait for the Shield Console or Razer Forge TV? 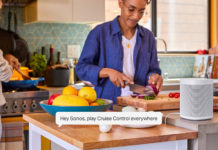 It’s hard to find an guaranteed answer anywhere on the web but if I knew for a fact it works in Oz with the US vs. AUS powerpoint differences and the Wi-Fi/Google Play store access in using NBA GameTime and other apps I’d snap one up straight away! Please help. Thank you.

Bring it! i’m so excited for this!!!! i hope it runs Mizuu so i can have my media displayed all material like 😉