In the lead up to the centenary anniversary of the landing of Australian troops on the Gallipoli peninsula in Turkey, the ABC has launched an app based on the 2009 TV series. The app is based on a fully interactive 3D website, but offers a more portable option for students or people wanting to know more about the landings and the Gallipoli campaign.

The app and website contain quite a few features and content which will keep anyone busy. The site lists features such as Story of the Day, Event Timeline, Eyewitness Accounts, Commentaries, Campaign Overview and Teaching Resources. The Android app, which is compatible with devices running Android 4.0 and upwards has more information in the Google Play description about which features it contains:

It’s a good resource and with the Centenary approaching, it may be time to look into attending a dawn memorial service in your area – or make the trek to Canberra to attend the dawn service at the Australian War Memorial.

If the app sounds interesting, head on over to Google Play and install it now. The app has a relatively decent 4.2 star rating from 4 installs. 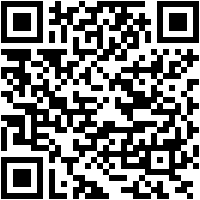 App looks good, will have to give it a look.
Now a Dawn service stream from Gallipoli using cardboard would be something else.