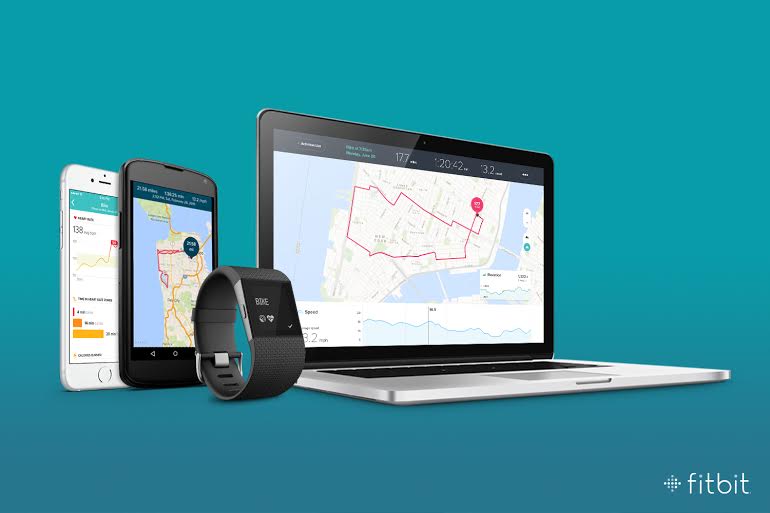 Fitbit have been the leaders in the smartband/activity tracker category for a long time. It seems every man, woman and their dog had a Fitbit smartband. With the introduction of Android Wear and strong rumours of an Apple smartwatch Fitbit announced and released the Fitbit Surge.

The Fitbit Surge is more than just an activity tracker. It includes eight sensors – 3-axis accelerometers, 3-axis gyroscope, digital compass, ambient light sensor, touchscreen, altimeter, GPS and a heart rate sensor, to “give users the most advanced tracking in the thinnest, lightest design on the market.” It has features normally associated with a smartwatch including Caller ID, text alerts and music control, with a backlit LCD touchscreen display with customisable watch faces. From the watch screen, the user can navigate through real-time stats, workout apps and alarms. The battery on this smartwatch/activity tracker hybrid is impressive, with Fitbit quoting up to 7 days’ battery life. 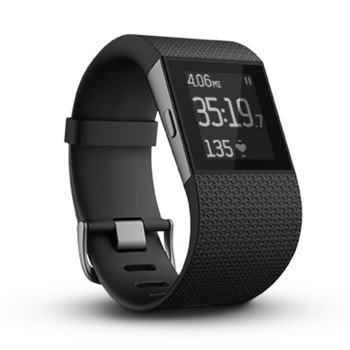 On top of all this Fitbit have today announced that they are bringing outdoor bike tracking to the Surge. The bike-tracking uses the smartwatch’s GPS and it’s advanced sensors to allow the rider to see distance, duration, average speed, heart rate, calories burned and the time. As per the standard Fitbit devices and tracking stats are automatically synced wirelessly to the Fitbit app on your Android device. This allows the user to review routes, speed and elevation in greater detail.

Seems a minor enhancement but the more I see of the new Fitbit devices the more I am convinced that they are here to stay and that there is nothing out there with such a complete fitness environment and a device that does what it is designed to so well. It will take a long time and a very big push by a company with very deep pockets for them to be pushed aside, remembering to keep in mind that they work on both Apple and Android devices and have a battery life of up to 7 days.

I’ve owned the Surge for the last 6 weeks and I use it heavily. Whenever it’s not charging it’s on my wrist. It’s a really good device and I love the data it provides. Is it perfect? Absolutely not. The heartrate sensor can actually lose track at times during exercise and result in unnecessary fluctuations in your graph. The GPS signal is totally useless in areas with little view of the sky (such as Melbourne CBD). But overall it does provide the data I need and I’m exercising and getting results through the info the Fitbit app (including the web… Read more »

Really was hoping for some ‘expansion’ around the notifications area, it seems a little weak in this department.

I would consider this along side the Garmin Vivofit 2. The Vivofit 2 has much better battery life so wonder if the smart watch features on the Surge are worth the need to recharge?