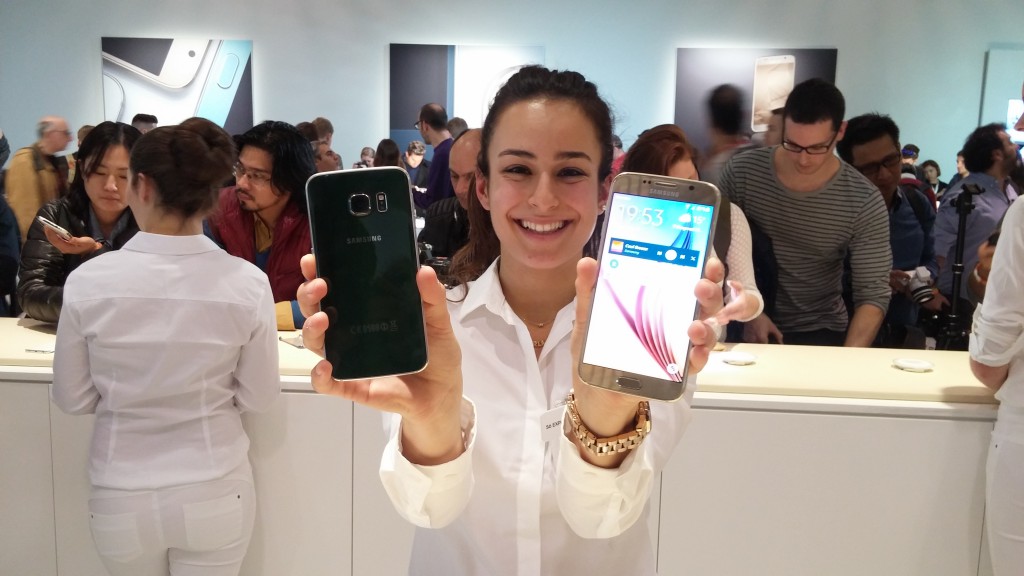 Samsung’s Galaxy S6 and S6 Edge are highly anticipated, the phones are apparently being released with a stripped back manufacturer skin that has excited even non-Samsung fans. One big issue with Samsung phones has been the inclusion of a large amount of pre-installed software, and while Android itself allows you to disable or hide apps, Samsung’s implementation hasn’t always allowed for it – but this time around you can disable any app installed on the phone.

While this report from XDA forum member Jeshter2000 is based on pre-release Galaxy S6 software, it’s a good sign that you can disable the apps – including the three pre-installed Microsoft apps.

We’ll be getting another look at the Galaxy S6 at the Australian launch event on the 30th of March in Sydney, if you have questions, we’d like to get you answers – post them in the comments and we’ll do our best.

About time. Not being able to disable app is annoying but it doesn’t do much to stop them being uninstalled once the device is rooted. I typically root any new Android device within a day of buying it and start clearing out the garbage.

This is a small step in the right direction.
I’d prefer to be able to uninstall the apps.
I’m surprised they don’t have a time limit app,
say after a month from activating the phone you can delete the app, or something like that.
I had a Galaxy 2 and a Note 1 and I got so sick of the preinstalled apps so I bought a Nexus 5.
I won’t go back to Samsung until they change their preinstalled apps policy!!

Aren’t those just removing the apps from the preloaded folders on the home screen? With the exception of the third screenshot these don’t appear to be from the actual app drawer.

I still don’t understand why they won’t let you completely uninstall pre-installed apps. I mean, they still take up space if you disable them.

They would have signed a deal with Microsoft to have the apps on the phones. Wouldn’t make sense for the user to just permanently delete them.

I’m not just referring to Microsoft’s. I’m talking about bloatware on Android in general. And it does make sense if a user can uninstall them. I mean, it’s possible to remove all bloatware on Windows easily with just a few clicks (on each one). So, shouldn’t the user be given a choice?

There are certain apps that won’t be allowed to be removed eg Google’s services applications. While I would love to permanently remove Google Plus from my phone, I can see why OEM’s add apps to their phones. It’s added value to the user if it comes pre-installed with Facebook, Instagram, MS Office, and a bunch of other apps. Whether you use them or find them useful or not, the average consumer perceives it to be value added to the phone.

Why? The apps are there. You have a choice to use them or not. If I decide not to, why be rude and take up space on my phone?

most of the Samsung apps are interconnected, i mean if you disable S-voice u can no longer user smile or cheese words to take pictures, May be they want to make sure normal user will not get confused and stuck after deleting the apps. And i agree that this is waste of memory, no wonder why only 6gb available on S5 to use for 16gb model

It’s baked into the ROM, so if you do a factory reset they become available. You can’t remove them completely without screwing up the factory image in the device.