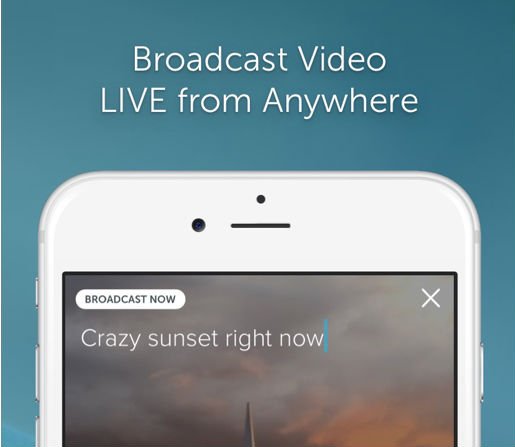 Social video streaming has seen Meerkat taking the lions share of the spotlight. Meerkat was first to market but was recently cut off from Twitters social graph limiting it’s reach, which many saw as a move to protect the upcoming launch of Twitters’ service. But there are some differences in features.

For a start, Periscope will let your live stream be captured and replayed, making it a little more friendly for people to catch up on what you’ve been up to. There’s also the hearts concept which lets your viewers ‘like’ your video by sending you hearts, the more hearts you get the higher they go on the screen.

Description
Periscope lets you broadcast live video to the world. Going live will instantly notify your followers who can join, comment and send you hearts in real time. The more hearts you get, the higher they flutter on the screen.

Other features:
[+] REPLAY: When your broadcast is over, you can make it available for replay so viewers can watch later. Viewers can replay your broadcast with comments and hearts to relive the full experience. Replays currently last 24 hours. You can delete your replay at any time.
[+] PRIVATE: If you want to broadcast to specific people, press the lock icon before going live and choose who you want to invite to your broadcast.
[+] TWITTER: You can choose to share your Periscope broadcasts on Twitter by tapping the bird icon before you start broadcasting. When you go live, you’ll tweet a link so that your Twitter followers can watch on the web (or in the app)
[+] MANAGE NOTIFICATIONS: Periscope will suggest people for you to follow based on your Twitter network. You can always follow new people, or unfollow them if you don’t want to be notified when they go live. You can also adjust notification preferences in Periscope Settings (in Profile)
[+] HEARTS: Periscope keeps track of how many hearts you get from your viewers. The more hearts, the higher you get in the “Most Loved” list.

So, Periscope looks pretty good, but we can’t test it yet, because like many Twitter apps and functions – it’s been released to iOS first. But there will be an Android version, the only question is when. We’ll take a closer look when it launches on Android.

1TopSpy is the ultimate smartphone spying software that you can find on the market. It provides reports on literally everything that you can do with a smartphone. It is easy to install and it provides live cell phone usage statistics for you to monitor. The user interface is very simple as well. Most people buy this program for one of two reasons: either they want to monitor what their children are doing with their phones or they want to make sure that employees are not spreading confidential information. If you have recently bought a smartphone for your child and you… Read more »