For such a small, fledgling company OnePlus have garnered more than their fair share of publicity in the past year. Occasionally it has been for good reasons but many times it has been for misfires that they have been involved with. One thing OnePlus is relatively good at is communicating with their users (or fans as they call them). They are a regular on reddit with their AMA (Ask Me Anything) but very forthcoming with their answers and interaction with redditors.

Last week on their latest AMA OnePlus there was nearly 800 comments with some interesting tidbits to be gleaned from them.

The promised OnePlus One Lollipop updates in the forms of either OxygenOS or CyanogenMod12S will both be delayed from the promised March release dates. Neither update will be 5.1 but will be an earlier version. The OnePlus staff are already running both OxygenOS and CM12S on their OnePlus Ones but are unable to release it to the public until Google has certified the updates. How long this will take is unknown as insiders have told us in the past that they may have to be resubmitted for the smallest of reasons.

As for the future of OxygenOS there was no comment on whether it will be fully open sourced except to say that a future announcement will make the community happy. For such a new custom ROM I would expect a community based version without giving away the OnePlus proprietary software code, such as there is a CM12S for OnePlus and a CM12 for the community to use and contribute to.

Interestingly the new Camera2 API will not be implemented in the first version of OxygenOS but will be in the future. I suspect this is due to priorities. It is more important they get this ROM out and be functional and will concentrate on adding more features in the future when they have a bigger team rather than spread themselves too thin. 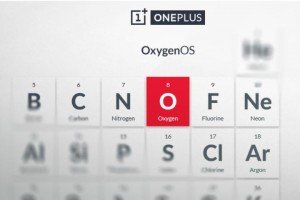 With many of the redditors already looking forward to the next OnePlus iteration many questions focussed on this. The name OnePlus Two was brandied about until it was accepted that at this early stage this will be the name of the next flagship phone from OnePlus. OnePlus are aiming to release this phone in the third quarter of this year and are promising to do a much better job releasing this phone than they did the last. They would want to.

The OnePlus Two will not have a Mediatek or an Intel processor but OnePlus would not be drawn on commenting on the chip inside the phone instead saying “How can I answer this without pissing Qualcomm/Samsung/Intel off… :)”. It will also not have an SD card slot nor a removable battery for reasons that have been commented on many times in the past. It will have a Yamaha audio chip, hopefully pushing Android sound to a level that it rarely gets to.

The OnePlus Two will not include wireless charging of any sort due to it being effectively trickle charging. OnePlus did originally promise fast/turbo charging for the OnePlus One but it never eventuated. Hopefully they include it in the OnePlus Two because after using it in my Nexus 6 I would find it hard to purchase a phone without it.

When asked about which one to buy, the OnePlus One or the OnePlus Two, OnePlus stated that the OnePlus Two was “a different product with a different price. Again, we’re not looking to make money on hardware.” Hopefully this means that they will definitely #NeverSettle when it comes to their hardware and just pass that cost onto the users, albeit without adding a large margin (software costs money so maybe that’s where they will add the costs). Makes you wonder if/when OnePlus will begin operating for profits.

After the debacle but yet success that the OnePlus One has been can you see yourself purchasing a OnePlus Two if you have the chance to? Or have you been burnt and are now wary of any OnePlus offerings?

Well, MediaTek means an instant no-sale for me. Sure I’m not alone either, this seems like a terrible move. Going with MediaTek is much more #SometimesSettle than #NeverSettle.

I think you need to rear it again….

Blorp. Reading, how does it work?