Google has today announced two new ChromeOS products from Asus which they are launching along with a couple of new Chromebooks from Haier and HiSense. While the Chromebooks aren’t available in Australia – the Haier model is heading to Amazon, while the HiSense model is available from Walmart – the two products were really interested in are the Asus Chromebit, a sub-$100 device running ChromeOS and a new Asus Chromebook called the Flip. The Chromebit is an interesting device, simply put it appears to be a Chromebook on a stick designed for schools. Android Community were able to get some more details on the device advising it comes with a HDMI port to plug into a monitor and contains ‘Bluetooth, WiFi, a full-size USB port, and microUSB’. The stick is powered by a Rockchip 3288 quadcore processor and will be available in the ‘Summer’ (presumably the Australian winter). 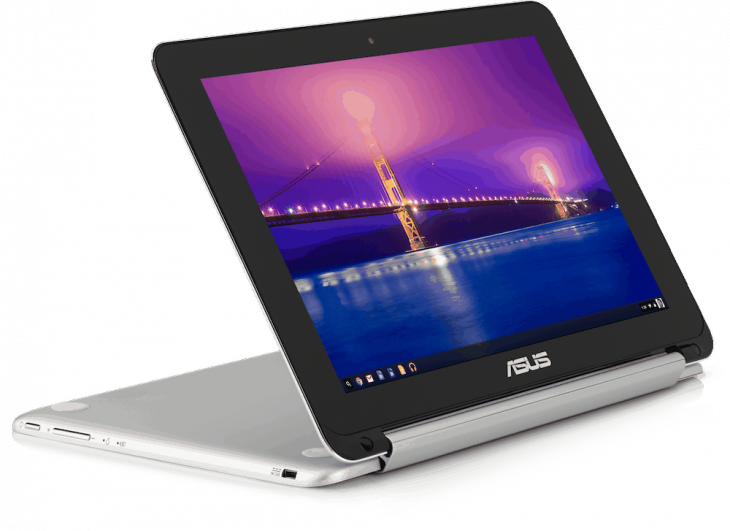 The Asus Flip is one of the more exciting form factors we’ve seen launched in ChromeOS. Lenovo has released similar devices with their Yoga series but this is pretty neat looking.

Google describes the Flip as:

A premium, all-metal convertible, it’s ultra-portable—just 15mm thin and weighing less than two pounds. The Chromebook Flip has a great keyboard and a touch screen for immersive experiences like gaming and educational apps. It will be available later this spring for $249.

We’ll be speaking to Asus Australia about the Asus Flip and Chromebit regarding availability today. Who else is after one of those Chromebit sticks?

I already use a 32 inch tv as my main display – with a laptop plugged in via HDMI and wireless keyboard and mouse. Perhaps the Chromebit could replace the laptop for basic internet (plugged into the TV via HDMI just like the Chromecast), it would certainly be an interesting experiment.

Looking forward to more information on this.

Just want to confirm this was all released prior to April Fool’s Day… Still, dangerous time to be announcing new products!

Indeed.
It should be corporate common sense, that announcing any new products or services, between March 31 and April 3, is a Very Bad Idea due to April Fool’s Day, international timezones, and the Date Line.