Earlier this month, I was able to attend Mobile World Congress in Spain. While I was there I took the opportunity to catch up with a number of companies, but the biggest one I took the time to chat with was Lenovo. I spoke with Brendan Lau and Matt Codrington from Lenovo Australia about their new range of tablets and products, as well as Danny Adamopolous from Motorola Australia – I even spoke with Colin Giles, the head of the Lenovo Mobile division.

Lenovo themselves have been a strong brand presence in Australia for some time. They currently range a massive array of consumer and enterprise equipment, from tablets, laptops and workstations to servers and accessories.

Lenovo has been making their presence felt in Australia recently with the release of their Yoga tablet range. They are also more widely known in the Android world for their purchase of Motorola – something we discussed and I’ve come away from the meeting feeling secure about the stewardship of that brand.

It was Lenovo I discussed with them mostly, and at Mobile World Congress, Lenovo announced two new tablets which will appear on the Australian market in the next few months. They’re lower end than the headliner Yoga series, but from an actual design perspective they look really great. The tablets have a simple, clean look to them, they’re light, fast and the 10″ model has a really groovy looking speaker grille which pumps through the Dolby Digital Atmos audio that the tablets are now tuned for. 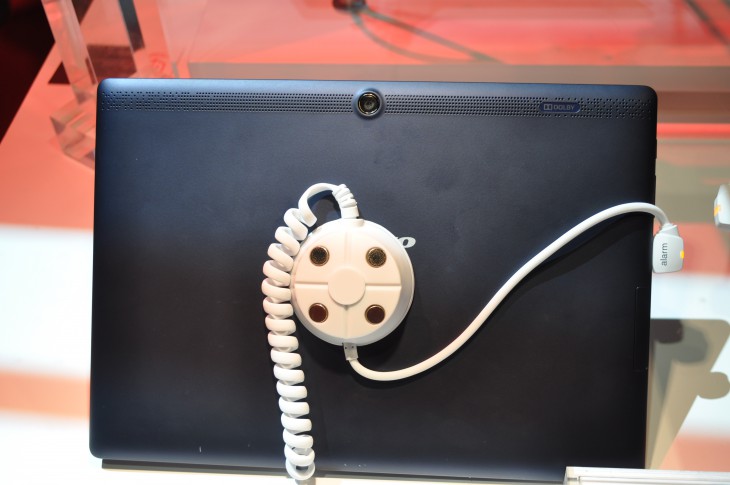 The other bonus for the new range of Lenovo tablets is the decision to remove the Lenovo UI and go back to a stock Android build for all tablets updating to Android 5.0 and above – an approach they’ve picked up from their purchase of Motorola. The 10″ Tab 2 A10-70 will launch on KitKat but will get Lollipop via OTA in June, while the 8″ will launch with KitKat straight out of the gate. This is quite simply: awesome, and shows Lenovo’s willingness to evolve as a brand and incorporate lessons learned.

Lenovo has a good handle on the tablet market. They have the low-end market covered with these two models, and for the power user there’s the Yoga models. But Lenovo is also keen to flesh out the accessory market as well.

To start with the mobile projector that Lenovo launched at MWC is definitely coming. It’s Miracast compatible so you can simply cast content to it from your mobile device, or just run movies from the microSD card you can insert into the device. You can power it from a microUSB cable or use the 2.5 hour battery inside – likewise sound can come from the stereo speakers or be run from the 3.5mm jack. The Pocket Projector splits in the middle allowing you to adjust your projection angle to even include the roof – perfect for lying in bed watching a movie. With the ability to project an 854×480 resolution 110″ stream onto any flat wall or surface. Essentially this should be at the top of your Christmas list to keep the kids amused for hours on end.

When speaking with Brendan, he spoke about Lenovo looking at a number of different accessories in our market. Accessories such as the Lenovo Vibe band VB10, a fitness tracking sports band. It’s a really nifty waterproof smart tracker with an E Ink display, up to 7-day battery life and will track everything from your steps, calories burned, distance traveled though to your sleeping patterns. 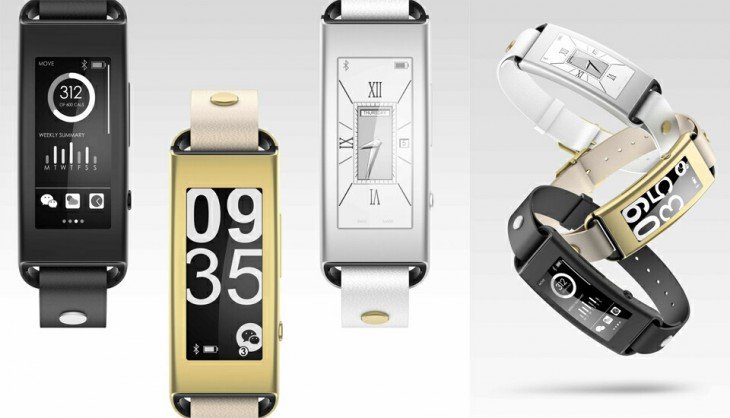 There’s no dates or guarantee the Vibe is coming but it’s a great looking band and we’ll know more about a launch if Lenovo decides to go ahead down the track. I do have to say, from the hands-on I had in the Lenovo booth though, I’d like to give it a long term trial, it feels great on the wrist and should be priced pretty well if it does arrive here.

The Vibe band isn’t the only accessory they’re looking at launching, with the Lenovo also looking at bringing their Vibe Xtension Selfie flash to Australia. The Flash is a phone accessory you connect to the 3.5mm jack on your phone and like the name suggests, it’s a flash for taking selfies. I did have the thought that with a 3.5mm extension cable this would make an absolutely perfect remote flash for taking some really great photos. I really want to see this released and it’s at the top of my list of must buys if it does.

The big one. Lenovo purchased Motorola last year, it was a big, bold move and completely unexpected but I am so pumped for a Lenovo owned Motorola that it almost hurts.

Lenovo has a strong track record with purchasing brands and not only maintaining them, but building them – prime example: IBM’s Thinkpad. When Lenovo purchased the Thinkpad brand back in 2005, we saw the same reactions of many people when they purchased Motorola, but the Thinkpad brand has not only survived, it’s flourished. I really expect to see the same from Motorola under the guidance of Lenovo.

Stock Issues
There’s reasons why I`m confident in the future of Motorola under Lenovo. Motorola experienced some of their worst product launches ever last year with the release of the Moto X 2014 and Moto 360. Devices didn’t reach stores until 2015 and many people were really underwhelmed – trust me, Motorola knows this and they learned their lesson.

Lenovo has the scale when it comes to manufacturing that Motorola needs to ensure that their fans get their hands on the products they want. But don’t expect Lenovo to start hampering Motorola’s style – Lenovo is basically letting Motorola do what it’s been doing in the phone business and offering help with the back end.

We’re not going to be getting Lenovo phones in Australia – the Motorola brand is so strong here that Lenovo don’t see a need to bring them here – disappointing after playing with their phones, but entirely understandable when you realise how strong a business Motorola has with the Moto brand as long as they get them into peoples hands.

Moto Maker
Moto Maker was a big topic of discussion but there’s nothing to share on Moto Maker for Australia yet, but suffice to say that Motorola sees the potential in the Australian market – and hey, the Shenzhen factory is only a short stones throw away so I hope it will come eventually.

Moto 360
We’re getting a new Moto 360, when, what etc. Lenovo and Motorola weren’t willing to share. But judging by comments from Motorola CEO Rick Osterloh in his #AskRickO Twitter Q&A the other day, Motorola is on a yearly product cycle, so expect more later in the year.

Wrap-up
Lenovo and Motorola are a good match from what I heard from both companies at MWC. They are keenly aware of what needs to be done to get their devices into hands and they’re really working on it. Lenovo has some great products coming down the pipe – that projector and the Selfie flash are top of my list – and so does Motorola, all of which we’ll hear more about later in the year.

If you were disappointed in a Lenovo or Motorola product in the past, all I can say is you will definitely want to give them another chance in 2015 and beyond because the Lenovo future sounds awesome.