Android is a versatile medium, it’s powering everything from smartphones and tablets, to smaller devices like watches and embedded systems. You can use it for almost anything and Wylas have adapted Android to work as a wireless timing system for swim meets.

Wylas Timing works in conjunction with a PC acting as a server, which connects to a starters pistol which starts the race as normal, but also triggers the start of the timer on the server and concurrently on the Android handsets running the Wylas-Timing app. The app has been written by Australian developer XanderMob, creators of one of our favourite Aussie word games, Lexathon. The system offers an accurate time-keeping system, with approx 3 millisecond margin. It’s a professional system which reduced the chances of transcription errors which can occur using a manual system.

The Wylas-Timing system is a relatively low-cost system for a swimming club to setup. The setup includes a starter, 12 watches, 2 displays and router for under $2500 – you’ll also need a PC or laptop with 4GB of RAM, but that’s a fairly basic requirement these days. And of course you’ll need the Wylas-Timing app from Google Play.

The app is quite straight forward, it’s linked to the server which starts the timer once the Starters Pistol goes off and the timekeeper simply stops the clock when the swimmer reaches the end. The data is instantly transmitted via Wi-Fi to the server and results can be displayed on a big screen if available.

If you’re interested in more information on Wylas-Timing, check out their website or head over to the Wylas-Timing Android app on Google Play. 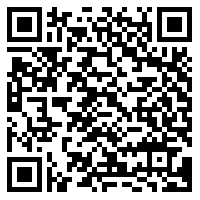