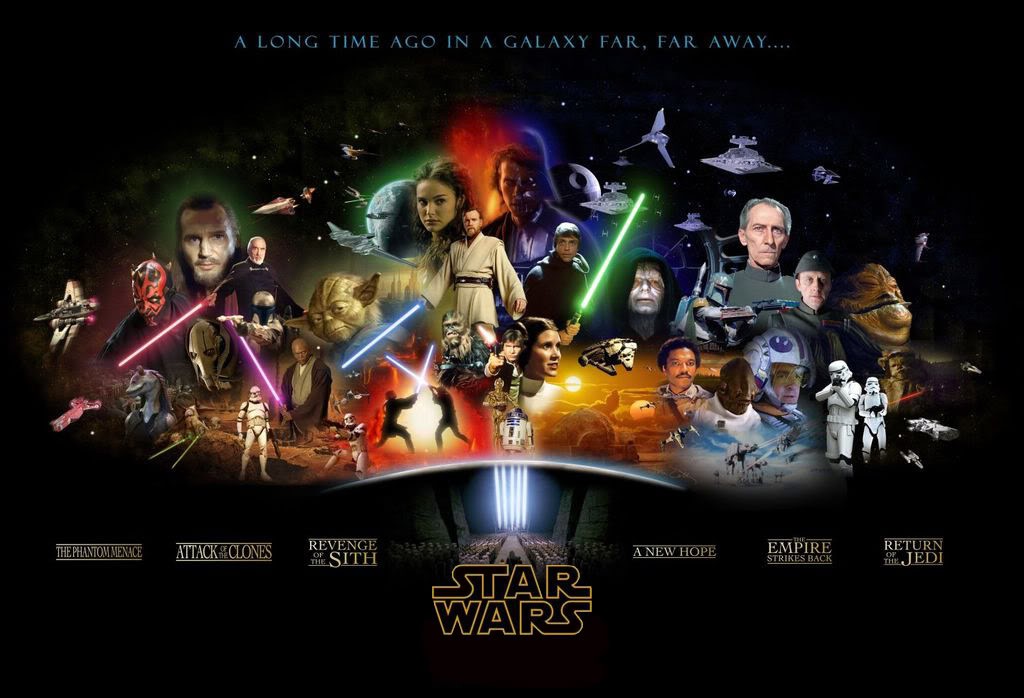 Cue dramatic John Williams score: the Star Wars saga is coming to Google Play. StarWars.com has announced that all six movies will be arriving in DigitalHD, globally, beginning this Friday, April 10.

All six movies – yes you get Episodes I, II and III as well as the good ones, will be released to build up some anticipation for the release next year of Star Wars: The Force Awakens – the seventh film in the franchise. The release of the films is the first time through a digital distribution medium, Lucasfilm president Kathleen Kennedy said of the release

We’re thrilled that fans will be able to enjoy the Star Wars saga on their digital devices wherever they go. These films broke new ground in technology, design, sound, and visual effects, and we’ve created some very special bonus material which delves into the saga’s rich history, including new and never-before-released conversations between legendary Star Wars artists — the masters who helped George bring his iconic universe to life.

The movies are available to pre-order right now over on Google Play and there’s going to be a host of never-before seen special features to go along with them.

Star Wars: Episode II Attack of the Clones
Conversations: Sounds In Space
Discoveries From Inside: Costumes Revealed
Legacy content includes “From Puppets To Pixels: Digital Characters In Episode II”; State Of The Art: The Previsualization Of Episode II; and “Films Are Not Released, They Escape”; plus Episode II Visual Effects Breakdown Montage and six deleted scenes.

Star Wars: Episode III Revenge of the Sith
Conversations: The Star Wars That Almost Was
Discoveries From Inside: Hologram & Bloopers
Legacy content includes documentaries “Within A Minute: The Making Of Episode III”; The Journey Part 1; and The Journey Part 2; plus six deleted scenes.

Star Wars: Episode V The Empire Strikes Back
Conversations: The Lost Interviews
Discoveries From Inside: Matte Paintings Unveiled
Legacy content includes “A Conversation With The Masters” (2010); “Dennis Muren: How Walkers Walk”; “George Lucas On Editing The Empire Strikes Back 1979”; and “George Lucas On The Force: 2010”; plus six deleted scenes.

What I was hoping is that original print Star Wars would be in the bundle, instead of ANH.

lol, amusing. Closest you’ll get to the original prints are the Laser Discs.

Divide those prices by 10

The advert on the home page of the Google Play Store states you save 15% by buying the 6-movie bundle. However, it’s actually the same (well, 5c more really) price as buying individually.

Yep. I thought getting all six would have some sort of discount, but the set price is the same as the total of all individual movies. Which is good as I’m only going to get IV, V & VI.

Me
Reply to  Andrew

1 was bad because it had all that unfunny Gungan CGI crap but I didn’t think 2 & 3 were bad.

It’s probably off the US price or something stupid. Similar stuff happens on Steam quite regularly.

HD version versus SD pricing. Haven’t done the numbers myself but think that’s the difference.