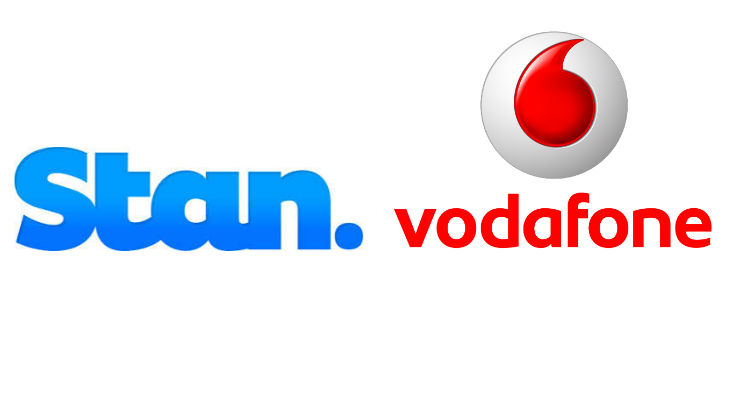 Vodafone has today advised that their previously announced partnership with video-on-demand service Stan has launched, with offers of free subscriptions being offered to new and existing customers.

Vodafone hasn’t forgotten existing customers, announcing that customers on existing eligible Red Plans will be offered a 3-month subscription to Stan. Customers who are eligible will be contacted by Vodafone throughout April to see if they’re interested in taking up the offer. The offer is only available to new Stan subscriber, with the Terms and Conditions of the offer advising existing customers who want to take advantage of the offer must cancel their existing plan and sign up on a new email address.

To help with the increased data usage associated with the new video streaming subscription, customers will also be offered bonus data. Customers connecting to an $80 or $100 Vodafone Red plan will receive, 2GB and 4GB of extra data respectively, every month for up to 24 months.

After an update to their Android app yesterday, Stan is available on a fairly wide variety of devices, including the newest Android flagships, the Samsung Galaxy S6/S6 Edge which launch today and the HTC One M9. For everyone else, Stan requires Android 4.2 to run, for a full list of devices compatible with the service you can head over to the Stan support site.

With the biggest library of content on an SVOD platform in Australia, and an exciting line-up of exclusive new shows, Stan is inviting Australians to discover new, exciting content. We’ve all had experience where we have turned on the TV and watched reruns of the same movie or TV show because there was nothing else on. Stan brings Australians choice in entertainment and together with Vodafone, we’re delivering this possibility to millions of customers to enjoy on their mobile devices.

This is the latest offer that Vodafone has added to increase value for their customers outside of the traditonal mobile plan. Vodafone has previously announced additional content partnerships with music streaming service Spotify, offering premium subscriptions; as well as with Fairfax media offering subscriptions to the digital versions of The Sydney Morning Herald or The Age.

If you’d like to talk to Vodafone about their new offers, you can head over to the Vodafone website, or head in-store.