Home Mobiles Android OS and Updates HTC Australia advises Android 5.0 will roll out to One M8 from... 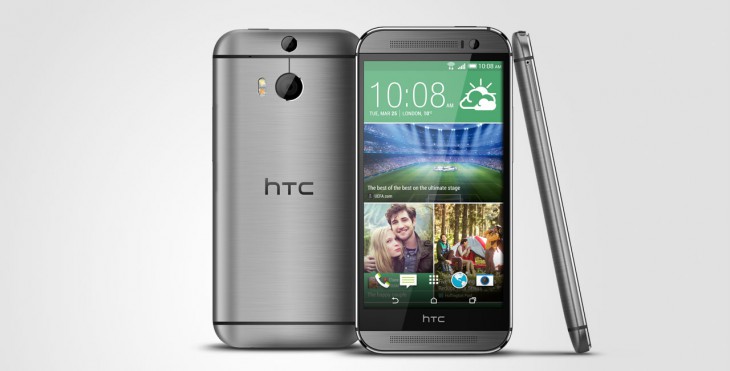 Owners of last years HTC flagship, the HTC One M8, your Lollipop update is now ready. HTC Australia has advised that the update – Android 5.0.1 to be precise – will begin rolling out to handsets today.

Here's a sweet treat to start your week! Android 5.0.1 Lollipop software for #HTCOneM8 is rolling out from today! pic.twitter.com/RU7jiSOLF7

The update should head out to unbranded handsets immediately, but as with all software updates delivered to carrier branded handset, testing is required. So, where is testing up to for all three of the major carriers on the Android 5.0 update for the HTC One M8?

Vodafone lists the Android 5.0 update for the M8 as ready to go on the 20th of April on their software update page. Telstra lists the update as expected to be delivered on the 21st of April on their update page, but it appears that Optus either isn’t ready, or hasn’t updated their page since the 13th of April, listing the update status as ‘Next Version – TBA Testing currently on hold, waiting on new build from HTC’.

To check for updates on the HTC One M8, go to Settings > System Updates > HTC Software Update > Check Now. If there’s an update ready, you’ll be prompted to download and then install it. The rollout of Lollipop to the handset should be staggered, so keep checking back and let us know – preferably by including screenshots – when you get your Lollipop update on the M8.

Just updated my M8 and I could not go to the app list. The circle keeps turning. I can only run my app thou play store. Anyone have similar issue? On some setting screen it is frozen on me as well.

Downloaded mine on 20 April for M8 on Optus. After a long download and startup, some apps won’t open or freeze. Phone freezes, locks or runs slow. Battery runs hotter and battery life appears less. So far not the best.

For those on an encrypted version, expect it to sit on the HTC One “Powered by Android” screen for a LONG time after your enter your password for decryption.

Received it today on my Telstra M8. Really just seems to be a few minor animation tweaks and changing of some fonts. Hopefully I don’t run into any of the dreaded Lollipop bugs the people overseas have reported, but for far so good.

Applies in the USA only, so, uh…irrelevant?

I’ve received the update here in NZ. Everything is all good so far only thing Google drive disappeared and clean master reappeared even though I had removed it last week. 612mb.

I believe Telstra, Optus and Vodafone are all rolling out the update from today. People have reported receiving it on Whirlpool.

Samsung you taking note . we are all still waiting