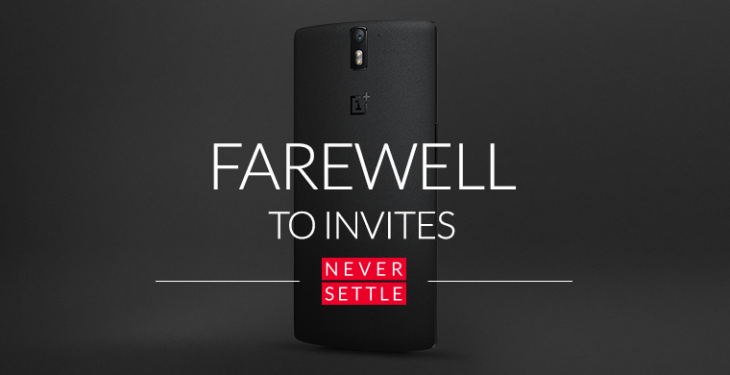 This week is a big one for OnePlus, it’s the first anniversary of the launch of their inaugural phone, the OnePlus One and they’re also unveiling what is likely to be the OnePlus 2 today. To celebrate the first year milestone, OnePlus has dropped the invite requirement for customers looking to purchase a OnePlus One and they’re offering a discount on selected accessories.

If you want to get really classy you can also grab the OnePlus One Bamboo StyleSwap Cover without an invite while stocks last, though the price remains at $49.

While the announcement says that sales of the OnePlus have been opened up globally, OnePlus is still only shipping to the USA/Canada, the European Union, Hong Kong, and Taiwan. We’re hoping that will change with the OnePlus 2 but we’re not holding our breath.

It’s taken 12 months to completely drop the invite system? And it’s going to return for the OnePlus Two? Plus they’re going to try and manage two new phones (a “lite” version)? The cost of the OPT is rumoured to be much higher, too. Have they not learnt anything?