Samsung today, has announced a couple of new additions to their high-end Level audio range, updating their headphones and introducing a new Bluetooth Link accessory. 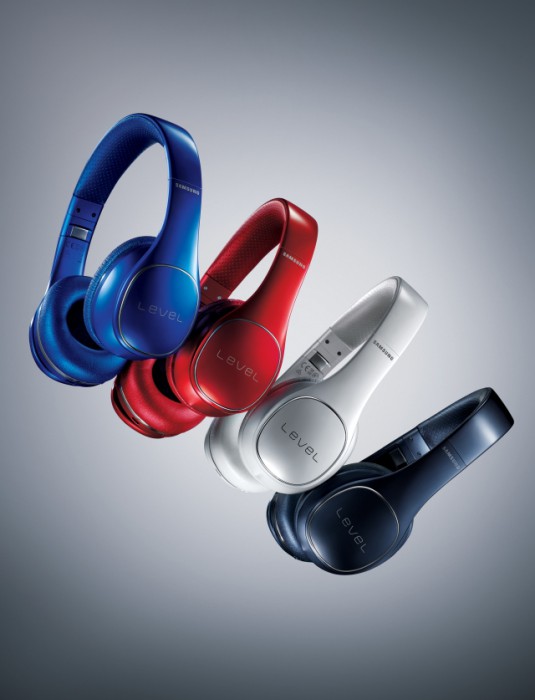 The Samsung Level On Wireless headphones offer a ‘sophisticated look and feel’, with the familiar Level On form factor, with the removal of the wired component. The new Level On headphones, as their name suggests are wireless, connecting via Bluetooth. As with most high-end audio options these days, the Samsung Level On Wireless headphones offer Active Noise Cancellation (ANC) using six built-in microphones to reduce the noise.

Samsung has also included touch controls, on a control pad, which allows users to adjust S Voice, volume and Play/Pause as well as skipping tracks from the headphones – without the need to grab your phone or tablet. There’s also an option to share what you’re listening to with other Level On Wireless headphone users.

The Samsung Level On Wireless headphones are offered in a choice of four colours: Blue Black, Blue, Red, White. Samsung has also introduced another Bluetooth accessory, but this time with a difference. The Samsung Level Link will add Bluetooth connectivity to a range of accessories which would otherwise require a wired connection. Simply plug in your accessory – earphones, headphones, speakers or even TVs – pair the Level Link to the device of your choice and you’ll be playing audio through it in no time.

Level Link can send or receive with the flick of a switch, it can also stream audio to two Bluetooth device at once – making sharing with friends easy. Level Link will be available in Charcoal Black, Blue, Red, White.
Samsung Level Link Specs:

Samsung, at this stage, has only announced the Level Link and Level On headphones, but hasn’t advised any further details on pricing or timing for release. We’ve reached out to Samsung Australia for local launch information.