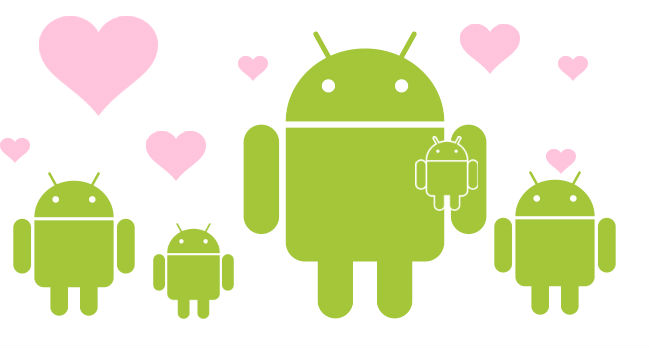 We’re down to the wire folks, just two weeks to go until Mothers Day 2015 rolls around, so it’s time to start thinking about what you’re going to get mum. Of course the day will start off with breakfast in bed, but you want something tangible to wrap and hand to mum that she can keep and use and will think of you when she does. We’ve put together a list of some neat things we think your mum will like.

All mothers deserve a great phone for a present and the two top contenders on the market are the HTC One M9 and the Samsung Galaxy S6 (you can go the Edge if you want). These phones are fantastic and worthy of the flagship title. If your mother wants great snaps, the S6 may edge the HTC One M9 out, but if it’s the design you’re after, the M9 is the one your mothers friends will be commenting on.

Of course you should think about accessories for your mums phone, so when you hand it over to her, send her to the Ausdroid shop to peruse our range of cases and things for the Samsung Galaxy S6 and the HTC One M9. This little camera is the perfect addition for your mother if she’s into extreme sports – it’s water and shock resistant – or if she’s into just having a handy camera to keep in her handbag for whenever the need arises. It does video as well as still shots, and can also stand and capture a fantastic time-lapse as well. At $249, the HTC RE is an awesome little camera no matter what. If your mother has her favourite potted plant and you want to really get on her good side, then the Flower Power wireless sensor from Parrot is a great way to do that. With options to select from a database of over 7000 plants, and the ability to monitor her plant from a distance over 3G/4G connections, your mother will love that you care about her favourite arboreal pursuit.

You can get a Parrot Flower Power wireless sensor from a range of retailers from $79 + shipping. s
If your mother has a recent phone, chances are she has a phone that supports Qi Wireless charging, but being a woman of class, she wants something that looks a little refined. The Aerios Aurora Qi Charger is the one you want. With a 3-coil Qi charger, it’s powerful and fast to charge, it’s also got an attachment to turn it into a desktop stand if you so desire.

You can grab an Aerios Aurora Qi Charger from the Ausdroid store, or from Amazon in the US from $95 plus shipping. Android Auto has launched in Australia and your mother will love this new stereo for her car. The Pioneer AVH-X8750BT is the entry level model from Pioneer, but it has all the functionality of Android Auto – Voice assisted directions and search, streaming music playback – and it works great as a stereo as well.

This new head unit should work great if she has a fairly recent phone, but make sure it’s compatible. You can grab the Pioneer head unit from a bunch of auto-audio specialists around Australia for around $1149. If your mum is into high-end audio, then you really should treat her to a premium audio experience with the new Parrot Zik 2.0 headphones. The headphones support wired and wireless through Bluetooth 3.0 standards and offer HD Voice and support for a range of Bluetooth standards (AD2P, AVRCP, HFP and PBAP).

The Parrot Zik 2.0 headphones have noise cancelling, which is great for that long flight she’s about to take. With touch controls on the side, and certainly looking the business, the Parrot Zik 2.0 will be a great choice for any mother out there – and at $500, she’ll certainly know you love her. If your mother is a little more technically savvy than most, and she’s wanting to investigate Android Wear, then the Asus ZenWatch has been described as one of the better looking watches available at the moment with its curved body composed of a striking rose-gold-coloured band inset between two steel layers and stylish leather band.

The ZenWatch isn’t lacking in grunt either, with a similar spec to other devices on the market, it even includes a heart rate sensor for the more sporty mums out there. There’s loads of functionality built on top thanks to some standalone Asus apps for health, camera and functionality. It’s nicely priced amonst its Android Wear peers at $289 and you can grab it from Google Play, Bing Lee or the Asus web store. Whether mum wants to get fit, lose weight, or just track how much sleep she isn’t getting, a fitness band is the way to go. You can go all the way to the top with the likes of the Asus ZenWatch or the other Android Wear watches out there, or you could try out the Xiaomi Mi Band, which is infinitely cheaper.

The Mi Band tracks your steps, sleep and calories and it also delivers notifications and can wake you up in the morning – all the things mum could want. The Mi Band is pretty darn cheap, you can pick one up for just $34.95 and a range of colourful replacement bands for just $10.95 – and best of all the companion app is free on Google Play.

We’ve given you a few suggestions – we also recommend Google Play Gift Cards cause there’s always books, music or movies your mum will want to buy – but remember that mums love chocolate, flowers, jewellery and even alcohol and worst case scenario ask her what she wants. Also, if you can, give your mum a hug for Mothers Day.