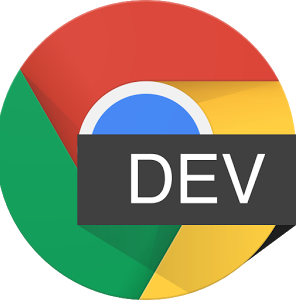 Google Chrome and by extension ChromeOS have an extremely fast development cycle. To protect users from the faster development cycle, Google offers varying levels of stability on their releases – Canary, Dev, Beta and Stable. Up until now we’ve seen Chrome Beta released on Android, but from today, you can really live on the edge, and experience all the great new features – and failures – that Google is trying out in Chrome Dev for Android.

Launching version 44.0.2384.4 of Chrome Dev for Android, the Chrome team advises that the app will be ‘published on roughly the same schedule as other platform Dev channels’.

Before you launch in, the Chrome Dev versions can be quite unstable, often throwing up weird errors, or just plain not working on some sites. It’s great to see new features as Google trys them out, but the flip side is a drop in usability at times. If you’re interested you can jump on over to Google Play and grab Chrome Dev for Android and see what all the fuss is about.