HTC’s Camera app has gained some more features in their latest update, pushing the camera a little bit more towards a professional level. The app has received a number of updates in function, but it’s the addition of the previously promised RAW photo support which has the highest levels of excitement.

The update has been delivered through the Camera app in Google Play, which shows the benefits of separating the app out from the system, allowing for fast updates on features. There were a couple of features listed in the What’s New section including :

The RAW support for the M9 is the most interesting here, with the camera on the One M9 one of the biggest criticisms of a device which from all other aspects is quite a high-level device. The RAW format for the M9 saves files as a Digital Negative File (DNG), which can then be used in a range of different photo editing applications later on. The DNG files do tend to be quite large, luckily the M9 has a microSD card slot and can accommodate these files.

For those who aren’t totally over what RAW is, RAW is basically an uncompressed image captured by the camera sensor on the phone. Photos on smartphones are generally compressed with JPG compression, which can be quite over the top – or lose valuable data from a picture depending on what the manufacturer decides is the best look for a photo. With RAW, you can decide using applications such as Adobe lightroom to adjust hues, contrasts or indeed any facet of the photo based on the data captured – it’s really good if you know what you’re doing.

Chris has played around with the RAW support on our M9 here, it’s an interesting comparison between the shots. You can see from the screenshots below, that there seems to be a wider image on the compressed JPG, but it does actually capture the same data on the DNG. I’ve linked the actual photos to the screenshots below – but be warned, the DNG file is 39MB in size.

The update is available now in Google Play, so if you have a One M9, head on over and ensure your app has been updated and then share with us some of your manually edited photos. 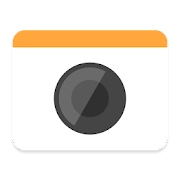