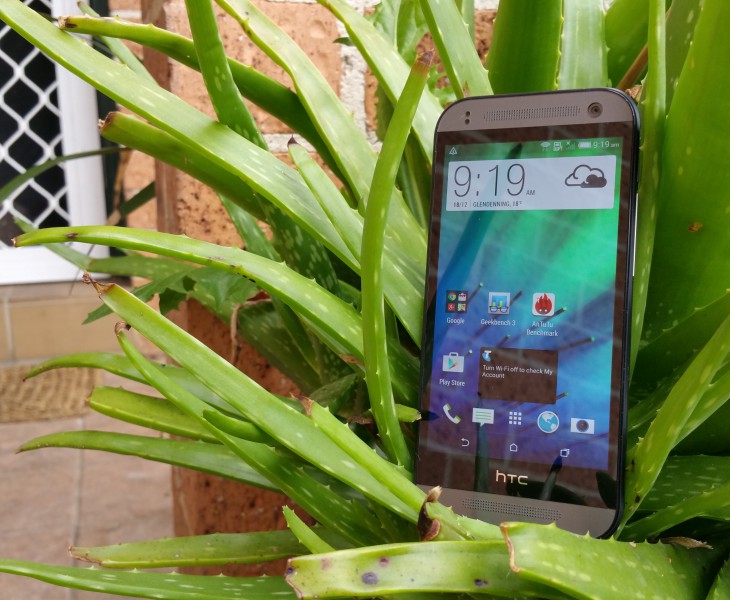 HTC only released the HTC One Mini 2 – the lower end version of the HTC One M8 – in Australia last year, but the phone which is only just a year old doesn’t quite have the grunt to run Lollipop according to HTC.

The notice came in the form of a tweeted answer to a user asking when their phone would receive Lollipop, to which HTC answered as you can see below.

@EdoardoBerti We determined that Lollipop on the One mini 2 will not provide an optimal experience; it isn't scheduled to receive the update

Of course companies aren’t actually under obligation to update their handsets to a new version of Android, but it’s still disappointing to see a phone this recent being left behind. If you’re a HTC One Mini 2 owner your phone will continue to work obviously, but if you want some lollipop goodness, it’s probably time to look at the custom ROM route.

The point is that HTC has gone back on its word. As stated on Android Police:

Honestly, KitKat is mature and stable. Lollipop has introduced bugs and performance issues into every phone I can think of – even the Nexus 6! The memory leaks are still an issue, even on something with a best in class SoC like the Galaxy S6. I am very disappointed with Lollipop. Everyone’s rush to get the next version out is leading to new versions being underdone. Just so we’re clear, I love the improved interface and features of Lollipop. Performance and stability have DECREASED on every phone or tablet that I have updated from KitKat to Lollipop. That includes Galaxy… Read more »

This is exactly why I won’t buy an Android phone…hopeless!

Yet another first rate example of why Google needs to make OS updates for 2 full OS cycles for Android devices, a contract mandatory requirement on manufacturers.

I’m rather glad that Google hasn’t gone down that path, and probably won’t. Imagine what it’ll add to development costs and thus handset costs, if HTC (and every other manufacturer) were made to update each phone through two full OS cycles, i.e. KitKat to Lollipop, and to whatever M works out to be (let’s go with Mochi). I shudder to think what that would do to phones that are already becoming more and more expensive. Google can do this for Nexus devices, because they’re a completely different target; not so much consumers as developers (they’re reference devices, after all). If… Read more »

The extra development cost would be negligible if you consider the fact that many Android devices get decent support from custom ROM developers, often releasing ROMs of the latest version weeks after Google drops the version to AOSP, if not sooner. These ROMs are often worked on by people with no access to original kernel code or drivers, no support from manufacturers and indeed, some of the devs don’t even have the devices they release ROMs to. Case in point, my Motorola RAZR HD is running CM 12.1 (Android 5.1.1) and IMHO, the custom ROM works better than Moto’s last… Read more »

You forget that these custom ROMs aren’t running the frameworks that are used by manufacturers to deliver their services – the primary focus of the OEMs making skins.

While your dream scenario sounds good, it’s not feasible in the business world in which we live.

But these frameworks aren’t device specific, or at least shouldn’t be. Hardware abstraction is handled by the Linux kernel plus some of the userspace programs sitting between the kernel and UI layers. Most of the frameworks you speak of would be generic and should be applicable to any device with little if any modification. As for kernels, most of the devices ported to Lollipop in the custom ROM space are actually running the kernels borrowed from KitKat as that kernel is still compatible with Lollipop. Most devices cannot use newer kernels as they depend on the reuse of proprietary blobs… Read more »

They aren’t and your entire argument is invalid by the fact that HTC isn’t doing it.

You can keep arguing all day but it doesn’t change reality – HTC isn’t updating this device and won’t as long as the default experience using their custom software is less than desirable.

They will also never go ‘Stock Android’ – look at how fast the GPE program was shut down. It didn’t move enough units to warrant staying around. Believe it or not there are massive fans of HTC Sense (and other skins).

Some really good points I hadn’t thought of, when I made my post,earlier today, in frustration at hearing of yet another manufacturer refusing to update the OS on a device which wasn’t an absolute top of the line flogship.

Yet another example of the Jeni Skunk broken record. I agree with Chris, it is a cheap phone. The latest isn’t always the best and this stupid idea that you must release all new updates for the phone is a hangover from the Apple marketing machine. If you want the latest features and OS on a cheap device then you pay for it by buying the latest version when it comes out. If you want the latest OS automatically buy a Nexus device or high end device that is guaranteed to be updated. Making a 2 year OS cycle mandatory… Read more »