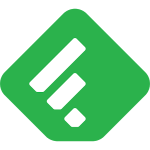 Feedly has updated its Android app to version 27, and while we don’t normally post about incremental apps updates on Ausdroid, this one deserves an exception. You see, Feedly has thrown in some cool new features in v27, including integration with Google Now.

When Google opened up the gates of Google Now to third party apps, it was only a matter of time to see how developers would use this. Feedly has used this to push the most engaging story in your feed to you as a Google Now card at 7am each day. While this isn’t perhaps the most creative use of Google Now that we’ve seen, it’s still early days, and this is cool.

Other new features include:

If you don’t want to wait for the update to hit your phone, you can grab the APK from APK Mirror.