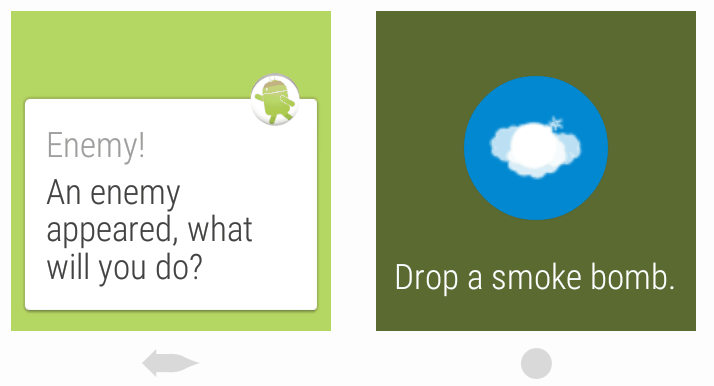 Google is trying to get Android Wear is getting into gaming. With a fairly full featured computer on your wrist, Google is attempting to get developers to look at Android Wear in a new light, by introducing the concept of gaming with an open source project called ‘Games in Motion’.

The project is a tie-in which brings together Android Wear, Google Fit and Google Play Games to create an interesting gaming experience on your wrist. The game appears to be very much an Android Wear version of the Zombies Run application which uses a story to get you to move a bit faster while you run.

Games In Motion appears to have a number of different actions to perform, one of which is to Drop a Smoke Bomb, in response to story plot points such as ‘An enemy appeared’. The app on your phone seems to log distance moved, time taken and steps, tying into your Google Fit profile.

The app is available for developers to check out on GitHub, with documentation included to hopefully see some engagement.

There’s a lot of money to be made in the fitness arena and Google is so far ahead of the curve, but the obvious giant of Apple with their watch is obviously a looming threat, and Google with this project seems keen to get in on the ground floor here.