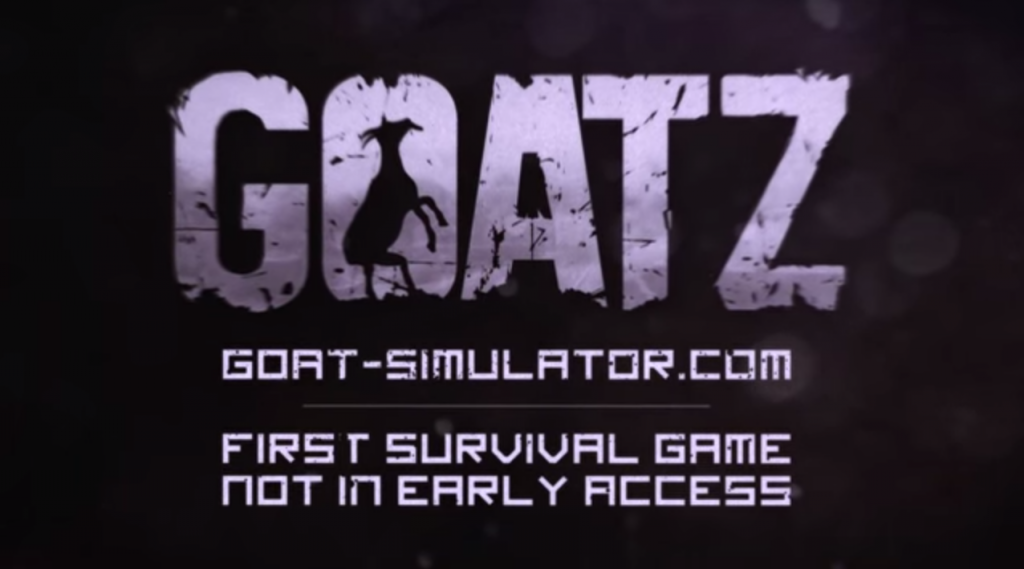 The selling points are obviously taking a pot-shot as continual beta game DayZ, but with the current craze surrounding zombies, is it any wonder that Coffee Stain Studios has cashed in with a zombie version of Goat Simulator? The game is essentially a zombie verison of the first game, with the goat able to use any number of weapons, vehicles and more. There’s a whole heap of features – many of them bugs – and a large map to explore.

The official Play Store listing has the features, which include :

Goat Simulator GoatZ is available now for $6.49, while the original Goat Simulator has dropped in price down to $2.49 – possibly to celebrate the launch of the new official addition. The game looks like it’s buckets of fun, just like the original, so get on over and check it out.

I can see this going horribly wrong if people start googling goatse (don’t do it).

Thanks for reminding me about these games.
Purchased both and installed on my G3
🙂