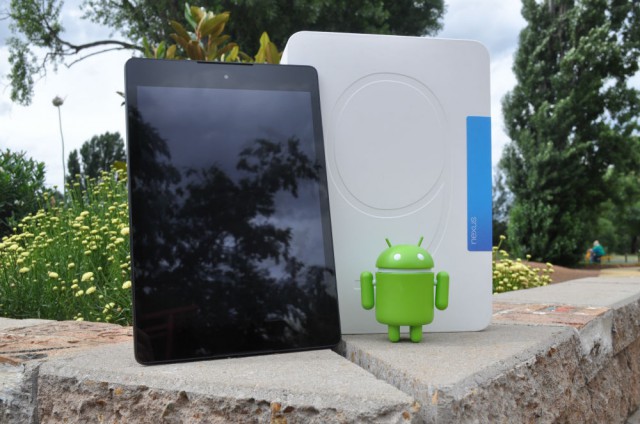 The Nexus 9 update to Android 5.0.2 which began rolling out as an OTA a few days ago has a problem… it appears to be bricking some devices.

Unfortunately, my Nexus 9 is included in the bad news; the 23.3MB update downloads as any other OTA would but when you install the update, part way through the installation you get the dreaded error-droid. Luckily, for some (not all) users, according to the Google Forums a simple reboot can save the device and reverts it to 5.0 base version of Lollipop.

How does and OTA get to consumers with bugs like this still present?

For others that aren’t as lucky, it is reasonably easy to salvage with a little time and the Nexus Factory Images available from the Google Developers website. For anyone who hasn’t got one of the methods of accessing the bricked tablet installed, it will be a little more tedious.

Ultimately if you’ve taken the update and bricked your Nexus 9, don’t panic odds are you can save it with a little time and research and the great news is that Android 5.1 rollout has begun, so (if you’re yet to do so) be patient. Don’t take the 5.0.2 update and wait for the 5.1 update to come to your device which shouldn’t have these unfortunate issues.

Have you received the 5.0.2 update and successfully installed it on your device, or are you one of the unlucky ones who’ve now got a brick?

If this happened to Apple, it’d be all over the media, websites and android fans in droves would be making fun of it. This happens to the Nexus 9 and no one gives a shit, partly because its a garbage device (I wasted $450 on this crap) and Google are ass at updating their devices. Worst android purchase I’ve made. Fast updates my ass, and when you get them, they can brick your device? Go and get ****ed Google. At the very least when you get an iPad, it’s a quality device in every respect. The Nexus 9 is cheap-ass… Read more »

I shouldn’t have to root of flash anything to a product that I purchase. Google really failed here big time. The Nexus 9 being their flagship device not getting 5.1.1 is ridiculous. The point of getting Nexus was getting stock Google experience and being first in line for software updates. The Nexus 9 has just been a horrible device for that. Despite it being slow and laggy, we’re not getting software updates and other manufacturers have been able to push out updates faster than Google and they have had to get it QC tested by telcos. Absolutely embarrassing here from… Read more »

My nexus 9 has updated successfully as well.
Maybe dodgy app on the authors device?

I don’t own a Nexus 9. But 5.0.2 you say? That’s pitiful. I want to blame HTC because their track record is so bad, but I guess it is Googles fault really.

I hate to be pedantic, but if you can still get into recovery then it’s not a brick, just a failed update.

But with the boot loader locked, you cannot recover the device. You cannot unlock the bootloader without getting the device to boot and unchecking OEM Lock.

Could you fix yours Phil? Would you say that for people that aren’t confident with flashing and side loading etc… then the only option is to return under warranty?

yeah, all good – just an annoyance.

No problems here either

I’ve tried a couple of times and get the error. I’ll probably stick nightlies on shortly anyway so it doesn’t matter to me.

Mine was also fine….