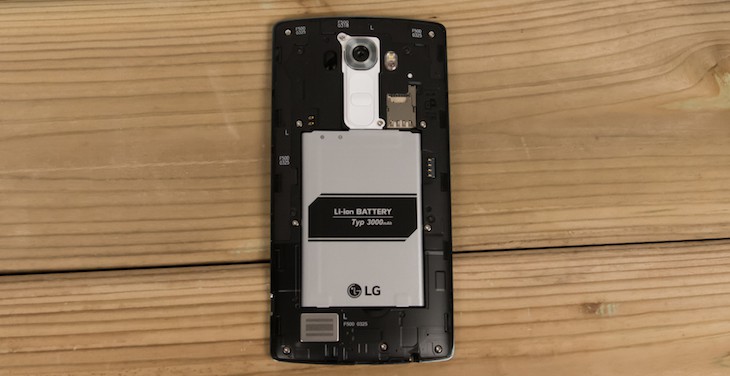 When we attended the LG G4 launch in Singapore at the end of last month, one of the questions asked frequently during the hands-on session afterwards was about fast charging, and more notably, why the G4 didn’t have it. The assembled press corps, myself included, were puzzled by this choice given that the G4 is powered by a Snapdragon 808 and is technically capable of Quick Charge 2.0. LG explained this away by the phone already having a large, 3,000 mAh battery and not really needing it. Pshaw.

Well, it seems that either LG have changed their mind, or something else has changed, because the humble G4 now appears on Qualcomm’s officially supported list of QC2.0 devices.

The technology, which promises to take a battery from 0% to 60% in just over half an hour, is in demand with modern smartphones because of their thirst for power, but LG has tackled this in a few ways — not only is Quick Charge now supported, which is great, but the G4 already features a removable (and replaceable) battery, as well as the option of Qi charging via a replacement back cover.

As to why Quick Charge has (until now) “not been a feature”? It’s anyone’s guess, but the likely answer is around certification; while the G4 has been launched in some markets, it hasn’t in others, and it’s quite possible the launch preceded certification from Qualcomm (which owns the technology) so LG couldn’t claim to have it on-board, and thus had it disabled in firmware. Now that it’s certified, we may see it out of the box in the Australian release in a month or so, or via a software update shortly thereafter.

Good one LG; we look forward to reviewing the G4 with this new feature soon!

but LG has tackled this in a few ways — not only is Quick Charge now supported, which is great, but the G4 already features a removable (and replaceable) battery, as well as the option of Qi charging via a replacement back cover.So now its like note 4 :p

We’ll find out if a Quick Charger is included – but if you want to use these charging technologies you may need to buy a Quick Charger, an extra battery with charging dock for the battery, and a Qi back cover or slip in Qi card.

A competing recently released high end phone comes with this out of the box – except for the replaceable battery.

according to gsmarena a fast charger will not be included in the box. there is a plethora of them on amazon if anyone is interested

This makes this device a lot more appealing to me… battery life has become such an important factor in upgrading to me.

here’s the question, what charger will come in the retail box??

Even if it doesnt, they can he had from ~$20+ship from Amazon

It wouldn’t be an “I’m not buying it issues for me” that said if they release it in one market with and one without that’s a bit Sh&^&Y.

according to gsmarena it comes with a basic charger only. i have 3. 2 from N6’s and one from amazon.

I’ve got 2.1amp chargers every where (great HPM wall wart power pass through with duel 2.1 amp out) and as a Qi fiend I’m not concerned.

If anything I’d replace my current portable battery with a Quick charger one, for me the most likely time Id want a rapid top up is when I’d currently use my power pack.