Home News and Editorial Google partners with Nestle in the UK to bring limited edition YouTube... 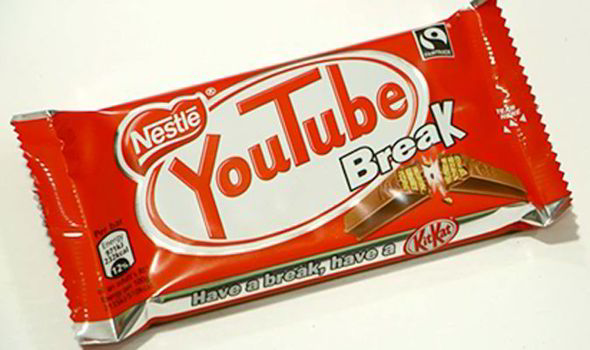 Remember when Google partnered with Nestle to promote their newly announced KitKat version of Android? It was a divisive decision but Google and Kit Kat are partnering up again, but this time it’s YouTube who is getting the Kit Kat treatment – at least in the UK – with a specially marked YouTube Break packaging being made for the UK market.

The partnership comes as Nestle is celebrating 80 years since KitKat went on sale with both companies stating that 600,000 “limited edition” packs will feature the name “YouTube Break” instead of the familiar KitKat logo, though sadly this will be limited to the UK market only.

In Australia, Nestlé will be doing limited edition packaging but sans the YouTube branded one. Nestlé Australia will instead be printing eight different packages for the four chocolate covered wafer finger snack.

The Australian interaction won’t include a YouTube wrapper, but we will still be able to use Google Voice Search to ‘OK Google, YouTube mybreak’ at which point you’ll get a brief video (below), followed by a selection of top YouTube break videos.

The YouTube Kit Kat bars will be rare, even in the UK, so if you get your hands on some, send them our way we’d love to check them out.