Let’s face it, a good proportion of our news comes from overseas, and most of our Australian news is stuff with a national focus; it’s things that may impact upon Android users everywhere. So, when Daniel and I were walking back from brunch this morning (after celebrating our win at the Lizzies last night), and he was handed a flier for a game called FlingMonster, we were a little surprised. Since when does anyone hand out paper flyers for a video game?

Well, we were intrigued. We looked at the flyer and something tweaked. I remember having driven around and seen a big vinyl banner for something called FlingMonster. My first thought is that it might’ve been some sort of ad for an adult service, but it seems I was a little bit wrong — it’s a game, and one with rather awesome graphics. Anyway.. having seen that banner the other day, and received a flyer for it handed to us, it’s worth a look — so we downloaded the game and had a play, and got in touch with the guys behind the game.

I’m not much of a game reviewer, and I won’t pretend to be, but what I can do is recognise quality — while FlingMonster is undeniably in the same genre as Angry Birds (and countless clones), it does it differently. The graphics are actually really beautiful. The gameplay physics are different. The way in which you can interact with the items you fling at other items adds a number of twists. In short, it’s a fling-type game, but it’s got enough new features in it to make me pay a bit of attention.

Like any game, it comes with a bit of a backstory:

Astronauts have invaded Planet X to mine for vital energy crystals. You must save Planet X and its Monster inhabitants by destroying the astronauts and their defences. You do this by flinging various monsters across the screen using a slingshot, while using each of the Monsters’ unique powers. FlingMonster features real world physics based gameplay. You choose in which order you use your monster ammo, giving you greater control over the outcome of each level. You can choose to play the level the ‘easier’ way, or master amazing chain reactions for extra stars.

We’ll let you install the game and make up your own minds, but we’ve been playing for the last little while, and we’re actually really enjoying it. The game itself is interesting, but the story behind its creation is even more so. The idea is the brainchild of Sydney graphic artist Adam Little, who lives about a stone’s throw away from Ausdroid’s office in Hornsby.  He had an idea, but didn’t know how to bring it to fruition. Adam was introduced to Bob Wood, a UK based game developer, and the two hit it off, and Team Honcho was born.

As Ausdroid has found, a bunch of a technical people don’t necessarily make a good marketing team, and with some PR help from Adam’s wife Marianne they put together a viable, fledgling game development house.

Bob Wood told us about some of the features which set the game apart:

FlingMonster is interesting in that the user can choose which type of ammo to use and when, allowing for greater control over the outcome of the level. They can also choose to complete a level the ‘easier’ way or to create strategic chain reactions for extra stars. The game features fun and powerful ammo such as monsters you have to tap to keep afloat, pinpoint accurate homing missiles and tumbling momentum bombs.

The three have each left old jobs and pursuits to enable them to work full time on the project and chase their dreams of making it big on the app store, and having seen what they’ve come up with so far, we think they’ve got what it takes to do quite well.

Adam hints that FlingMonster is just the tip of the iceberg:

FlingMonster is the first in a series of titles. This game was intended to be a lot smaller but we received such overwhelmingly positive feedback from investors, people in the industry and focus groups and we felt we had to do the game justice by putting in as much time and energy as possible. We are confident we have a great game on our hands, and look forward to it being the first of many for Team Honcho.

Ausdroid has always been a big supporter of the local app development community. We’ve been vocal champions of local developers and their efforts, from South Australia’s Shifty Jelly — makers of fine apps like Pocket Casts and Pocket Weather — through to Queensland’s Chris Lacy, who makes Action Launcher, Link Bubble, Tap Path, and others. Team Honcho might not be in that league yet — they’re still new to the game — but we think supporting local development is one of our key priorities.

We sing the praises of local developers whenever the opportunities arise; we’ve discussed local developers with Samsung, HTC and other OEMs, and in our regular dialogue with Google’s Australian staff, we point out those developers who are doing amazing work. Team Honcho could well be one of the next great Aussie development firms. We sure hope so.

FlingMonster is available for free download on both the App Store and Google Play on the 2nd of May 2015. Take a look, and let us know what you think. I’m hopeful that Allan Curtis will bring you a more fulsome review of the game soon. 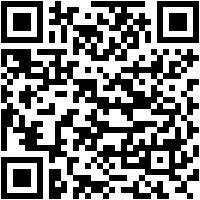 Yep, really good game with colourful graphics and cute sounds. Value for money is great (free), but I paid 99 cents to remove the ads – plus I always buy something in free games if I enjoy it to support and encourage the developers.

Installed!!! It’s game on, see ya in a few hours