Home News and Editorial Google self-driving cars to hit US roads this Summer with a limited... Google has become the name that many people think about when the term ‘self-driving’ car is brought up in conversation, just as Tesla is with electric cars. This association is thanks to a (comparatively) long history with the technology and now the cars are ready to hit the public streets, at least in the US.

Google has announced that their protoype self-driving cars, which they announced last December, have been granted approval to begin driving on streets of northern California this summer. The cars are currently equipped with a steering wheel, accelerator pedal, and brake pedal, but Google hopes to remove these in time, and the prototypes are currently limited to a mere 25mph.

The Google self-driving car initiative, or Google Chauffeur as it’s called, is led by engineer Sebastian Thrun, who first created a self-driving car for a Stanford University attempt at a Defense Advanced Research Projects Agency (DARPA) Grand Challenge in 2005.

Google’s self-driving cars are all equipped with a futuristic (and rather expensive) LIDAR system which is worth around US$70,000. The system also utilises a Velodyne 64-beam laser which allows the car’s on-board computer to map a 3D image of the vehicle’s surroundings.

The self-driving car will save lives: there’s a lot of dangerous drivers out there and statistics point towards humans – be it through speeding, fatigue or other factors – being the main cause of collisions or incidents. The fact that Google still has to retain the steering wheel, brake and accelerator in the car for the time being still points to an inherent – if mostly unwarranted – distrust in the technology but with statistics like the ones Google has shown, there’s surely a need, and more likely, a market for the technology.

We’ll see a lot more about the successes (and failures if any) that the self-driving car project has over the coming months and years. Google will be updating the progress of the project on their Google+ page – but I personally can’t wait to get into a so-called ‘Johnny Cab’. 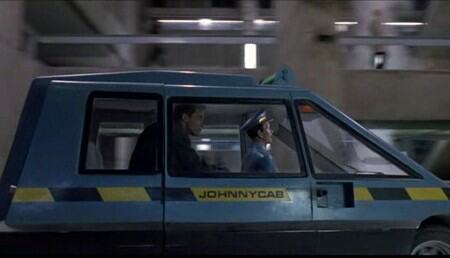 Also, In terms of morality, this criminal suspect Gabriele Scheler, her fascism collateral Sebastian Thrun, along with cowardice hidden judicial officers ZZZ/YYY/VVV, are birds of a feather; and I bet no self-respected bird wants to be a bird of their feather___why would anyone?

___I can’t imagine any self-esteemed judicial officer could lower his/her intelligence to make a judgement in favor of a criminal suspect as Gabriele Scheler is, __while completely ignoring all of the powerful and firm evidence on Gabriele’s brutality on my body, coupled with much more evidence to prove Scheler’s irrational behaviors like she had also molested office properties on site of the crime scene, plus a series of follow-up retaliatory fascism crimes from fascism powers on side of Gabriele Scheler/Sebastian Thrun/ZZZ/YYY/VVV__, but focusing on such trivia and minuscule issues as who ‘dial 911’ first, or who ‘go to FBI’ first,… Read more »

One of the major trick in this criminal suspect Gabriele Scheler’s argument is that: They blame me for “Why not dial 911?” ___ My answer ___ Such a naive and childish excuse can not fool anybody else, but those fascists themselves; Years back, Scheler’s side had asked me a similar question: “Why not report to FBI?”, as if whoever race to dial 911 first or go to FBI first would be the victim in this criminal case; I don’t have to dial 911 to officially inform authorities of Gabriele Scheler’s campus atrocity crime, do I? and I have informed authorites… Read more »

You know what I am thinking about these cowardice hidden judicial officers ZZZ/YYY/VVV (from Santa Clara DA? or from FBI?, etc.) ___”Lice”, lice are afraid of seeing LIGHT; they’d rather hide in the darkness and suck the blood of others; Yeah, ZZZ/YYY/VVV are afraid of exposing their real identities into the light for public scrutiny, so that they could hide in the darkenss and crook the justice on their hands, and suck the blood of human society, if we consider justice as a vital part in the blood of human society; Look, Gabriele Scheler’s behaviors were extremely irrational on site… Read more »

It is a tough task to challenge such fascism crimes; As a victim of a series of fascism crimes associated with Udacity cofounder Sebastian Thrun along with this criminal suspect Gabriele Scheler, and the likes, what I posted on the web are no more than facts, facts those fascists I challenged dare never officially deny, either publicly or in private; I bet such of their fascism crimes would not be tolerated anywhere in human society; If anyone disagree, especially those in my public challenge, please give us a candid answer right here on this board, which part in my statements… Read more »

And again, at this stage, the most confusing part of this case is: __What are the real identities of judicial officers (namely ZZZ/YYY/VVV, who must have power of jurisdiction over civilians of Santa Clara County) handling Sebastian Thrun’s case and this criminal suspect Gabriele Scheler’s recanted testimony? How can I see their materials to accuse/curse me and to mess up this case? Can anyone here help us know? I have serious questions to ask them; ………………… P.S. ………………… — ZZZ/YYY/VVV are judicial officers (from Santa Clara DA? or from FBI? etc.), but not mafia, or are they? their practices as… Read more »

— Sebastian Thrun had purposefully conspired me in collateral with this criminal suspect Gabriele Scheler when I cautiously tried to approach him even though he clearly knew I was encouraged to contact him with valid reference from his bosses of Stanford Computer Science department; In March 2010, one day before I tried to file an important complaint at judicial authorities against an officer who’s miscarriage of justice biased on Thrun, Thrun’s student Mr. David Stavens (also an Udacity cofounder) had gone to Stanford police and lied to police and falsely accused me in collateral with Thrun; — So what kind… Read more »

Miscarriage of justice is one horrible horrible thing that could ever happen to human society; it could result in the victims being further victimized; it could produce retaliatory fascism crimes directly from the judicial system; That day, a man named JayJones argued in comments part of an article titled “Get schools out of the 1890s” by Mr. Newt Gingrich on cnn dot com, that — “Apparently they are tolerated in human society, since neither of them have been arrested or imprisoned. What is your definition of fascist?” — ======== My Answer ======= Dear Mr. JayJones, — Miscarriage of justice is… Read more »

— The point is, though I am a victim while Gabriele Scheler a criminal suspect, my life has been underhandedly cursed and systematically retaliated by fascism powers behind Sebastian Thrun for over 10 years without an end ever since Gabriele Scheler recanted her testimony and falsely accused me at somewhere unknown to me in the judicial system; Sebastian Thrun and Gabriele Scheler’s follow up retaliatory crimes had been collateralled by some officers (namely ZZZ/YYY/VVV, they must have power of jurisdiction over civilians of Santa Clara County) who’s handling Scheler’s recanted testimony in the judicial system, and who hided their identities… Read more »

___Here is the link to the campus atrocity case in which Udacity cofounder Sebastian Thrun had became a fascism collateral __ http://tDOTcn/R7F1yQ0 __ (replace DOT with . for the right web address __attention to the 7 photo evidence__Here is the link to this criminal suspect Gabriele Scheler’s page on RESEARCHGATE-DOT-NET __ http://tDOTcn/RPLEG7D __(replace DOT with . for the right web address ___In addition to a series of retaliatory fascism crimes from Gabriele Scheler’s side, would anyone whose soul has at least a bit sense of mercy on another human being and with at least a fair education in respect to… Read more »