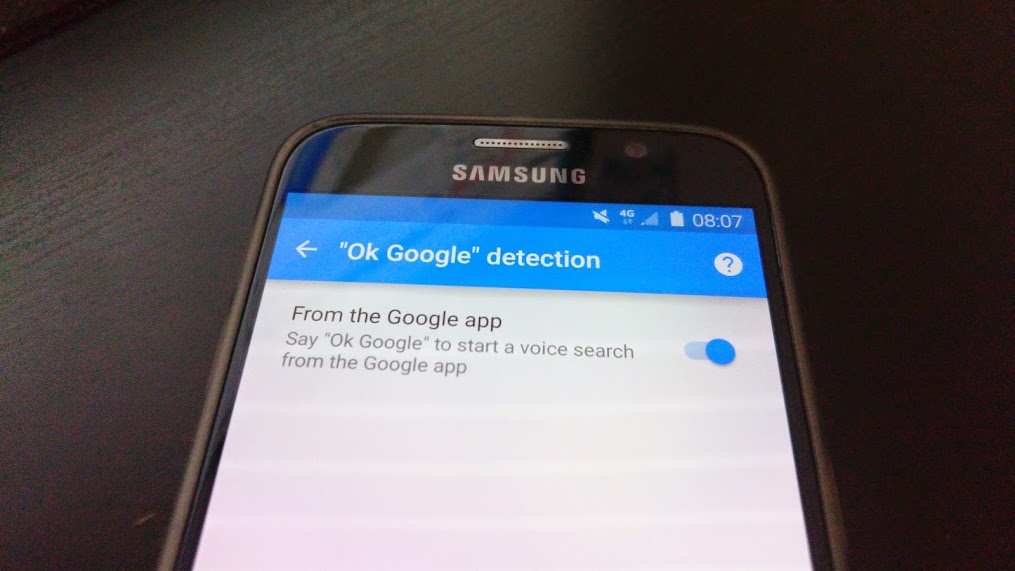 It’s not a feature that everyone on Android actually uses, but OK Google Everywhere is something that can be very powerful. Simply say ‘OK Google’ within earshot of your phone, and it’ll pipe up, listen to you, and do as you ask. I can shout out ‘Ok Google’, pause briefly and then ask ‘how’s the weather in Sydney today’, and Google will look it up and tell me. Not all handsets support it, but most modern ones do. Except, it seems, Samsung’s Galaxy S6 and Galaxy S6 Edge, where the feature appears to be broken at best.

You see, the feature is actually there, but it likes to disappear. The options in Google Now settings disappear, voice training goes away, and the only place the ‘Ok Google’ detection will actually work is within the Google App, or Google Now Launcher. The issue has been observed internationally and within Australia, and it seems that no one has any idea why the feature doesn’t work. Could it be tied to Samsung’s memory leak issue that stops OK Google Everywhere from working? Maybe. Could it be something else? Just as likely.

The only word out there about it, and we do mean the only word, is a solitary response on Google’s Product Forums:

Thanks for all of your feedback. We shared this with the engineering team when users initially reported it, and they’ve been actively working on providing a solution. We will provide another update soon.

Note: I’m going to be marking this post as ‘best answer’ only to surface my post to the top of this thread for new users’ visibility. I acknowledge this is still an open issue, and we’re looking into it – thanks!

It’s been three weeks since they acknowledged the issue, and there’s been deafening silence since. Android Police have asked Google and Samsung US for comment on the issue and had none.

With Samsung’s Galaxy S6 bound to be one of the best selling Android handsets this year, you can only imagine that Google and Samsung might be keen to get the feature fixed rather promptly. You’d hope.

The issue is affecting random Nexus 6’s, Nexus 9’s, Moto G’s and OnePlus One’s as well. It’s a bug in the v7.3+ Play Services (the one that brought trusted voice)

Could be Samsungs way to try and get you to use S Voice instead..

I’ve been trying to use this on my LG G2 but the voice training doesn’t detect me saying OK Google so I can get out of the starting blocks.

Exactly the same as my G2. I’ve now got the S6 and now I have this problem. It’s not OK Google 😛