Home Mobiles LG commences the staged global release of the G4 this week (but... 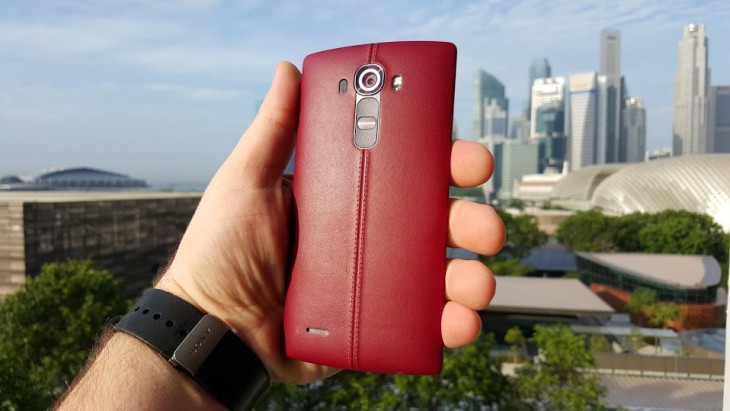 LG continues to tease us with the pending arrival of the G4 in Australia; this time, it’s LG Global that’s put out a press release talking about the G4 beginning its worldwide release ‘this week’ in ‘key markets around the world’. What on earth does that mean? From what we can piece together, the roll-out looks to begin in Hong Kong, followed by Turkey, Russia and Singapore.

At some non-specific time after, the G4 will make its way to Europe, North America, South East Asia and other markets. There’s no reference to Australia in that list. What we do know is that (in total) 180 carriers and partners have joined on to sell the G4, and so if that trend continues locally, one can expect it’ll be fairly widely available.

This gives us no advance on the rough end of June / early July timeframe which has been discussed publicly before, and though we’ve asked LG Australia for comment or to clarify this, there’s been nothing back just yet. All I can say is that we (and many of our readers) are very keen to get the G4 here; with its f/1.8 camera and amazing photographic abilities, on top of a sleek, clean UI and fast experience, the G4 is going to make a big impression. I had a great time with it (albeit, briefly) in Singapore a couple of weeks ago, and trust me when I say you’ll enjoy it too.

SEOUL, May 18 (Korea Bizwire) ― Customers in key markets around the world will finally get their chance to own the latest advanced smartphone from LG Electronics (LG), one which industry experts have widely praised for its exceptional camera, vivid and expansive display, and willingness to set new rules in defining what a premium mobile device could be.

LG G4 will begin rolling out this week to consumers in key markets around the world, continuing throughout the month into June and beyond as more retailers and operators see what LG G4 has to offer their customers. Starting in Hong Kong, the G4 will follow with rollouts in Turkey, Russia and Singapore, eventually including most of Europe, North America, CIS, Southeast Asia, Middle East/Africa and South/Central America. Approximately 180 carriers and retails are already on board as G4 partners.

Highlights of the LG G4 include:

“The LG G4 is our most ambitious smartphone yet because it is unlike any other flagship mobile phone on the market today,” said Juno Cho, president and CEO of LG Electronics Mobile Communications Company. “Our vision is to create our own set of standards without worrying about what trend other smartphones are following. We think we have a winning formula because the initial reaction to the G4 has been tremendously positive.”

Prices and additional purchase details will be announced locally at time of availability, and may vary by carrier and market.

LG Electronics Mobile Communications Company is a global leader and trend setter in the mobile and wearable industry with breakthrough technologies and innovative designs. By continually developing highly competitive core technologies in the areas of display, battery, camera optics and LTE technology, LG creates handsets and wearables that fit the lifestyles of a wide range of people all over the world. While helping to enhance the mobile user experience by incorporating unique, sophisticated designs and intuitive UX features, LG is also committed to guiding consumers into the era of convergence and Internet of Things, maximizing inter-device connectivity between a wide range of smartphones, tablets, wearables, home and portable electronics products. For more information, please visit www.LG.com.

Oh yes I can’t wait for this smartwatch!

Oh yes I can’t wait for this device! I want to see these leather options in person. I am thinking black but the red calls out to me.. I hope carriers will have the leather backings as an accessory