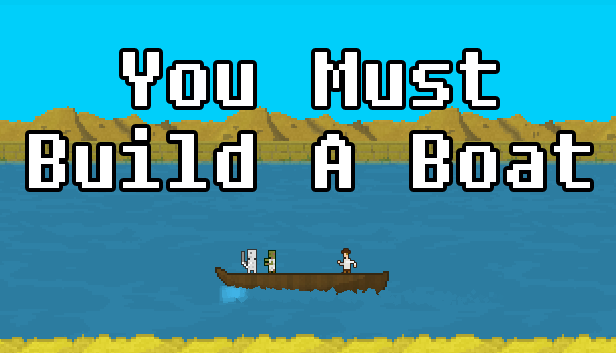 One of our favourite games from three years ago – 10000000 – is finally getting a sequel. Luca Redwood from EightyEight Games has announced that You Must Build A Boat will hit iOS, Android, PC, Mac and Linux on June 4th.

For those not familiar, 10000000 is an RPG Matching Game, which sees your character exploring a dungeon, making progress by way of using a tile matching system to let you kill monsters, unlock doors, collect wood, stone and more, all of which gets you through the game quicker. You Must Build A Boat looks to be the same concept, but with improved graphics and animations.

The official story for You Must Build A Boat is:

So you start with a really small boat and a couple of monsters, and it’s not really that impressive, so you start exploring dungeons to get more crew. That means you’ll be matching tiles, fighting monsters, finding treasure, avoiding traps and all that sort of stuff. As you go on you’ll find people to join you on your ship and offer their services, capture monsters that will fight by your side, discover cool artefacts and all that good stuff.

Eighty Eight Games has released the first trailer for the game, which will launch on June 4th for around $3-$5.

We’re champing at the bit to get our hands on this one, but if you haven’t played 10000000 it’s a good place to start, grab it from Google Play now and get addicted.