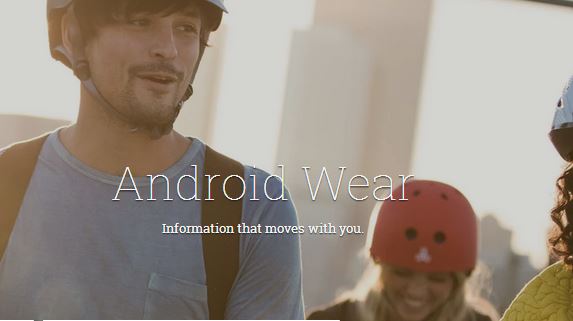 After announcing the latest update for Android Wear earlier this month, Google has announced via their products forum that they have begun rolling out the update to Android Wear watches now.

The announcement is a little odd, in that we’ve been seeing the update hitting the Asus ZenWatch and the LG Watch Urbane launched with the updated features. Google has again re-iterated the features that the update brings to Android Wear:

Google has finally clarified which Android Wear devices will be using WiFi support, announcing that the only ones not to bring support will be the Asus ZenWatch, LG G Watch and G Watch R. The list of watches that will use Wi-Fi includes :

As stated, the updates are rolling out progressively and you check if you have the update by going into the setting within your smartwatch or the Android Wear App and looking out for an update banner to appear.

Has anyone actually got an update notification yet? On a Sony SW3 for example?

I have a SW3. Just checked for an update. Message said the SW3 is up-to-date at 5.0.2. Hopefully it won’t be long before the update lands.

It seems my decision to cancel my g watch and switch to the Gear Live before they launched continues to reward me. Now that multiple watch support is nearly here, I might just go for a second Gear Live!

G watch R is ditched, how come older moto 360 getting support for wifi? LG is just for money. Will be same with G4 too

I should’ve kept my Moto360 instead of this GWR 🙁

Definitely not buying another LG product

Excellent way to get people to buy the overpriced Watch Urbane. Or in my case, good reason why i will not buy any more LG products

Ars Technica had an article a month ago confirming that those three phones had WiFi on the SoC but no WiFi antenna. I don’t think this is an arbitrary decision that LG has made to increase sales of another product but an actual hardware limitation.

You do realize that Bluetooth and Wifi Work of the same antenna right? Both operate on the 2.4Ghz frequency and an antenna is only defined by the frequency not the technology. So WiFi, Bluetooth or any other tech operating on 2.4 can use the same antenna. And that the LG G Watch R and Urbane have almost identical hardware from all teardowns

Yes, of course they can. You make it seem straightforward – it actually requires some complex nanotechnology to get all those protocols working on the same antenna without interference. Regardless, it has been quite common for the last few years and LG could have used a shared antenna system with G Watch R if they chose. LG says there is a hardware limitation – I’d guess that the WiFi segment of the Broadcom BCM4343 module is not connected to the antenna. You say they are lying but I’ve yet to see any proof that this is the case.

Nanotechnology to get all those protocols working? Are you serious. That what the Broadcom BCM4343 chip does. Just like it does it on the Watch Urbane