RealNetworks, the company behind RealPlayer has decided is now looking to take on the crowded photo backup market with its new app, RealTimes.

The app, which is available for Android (along with iOS, Windows PCs, Roku devices and Chromecast) users, automatically creates beautiful and engaging video stories from your photos and videos, allowing you to easily capture and share life’s adventures without issue.

You can edit your photos and videos with special effects, titles, and even add custom music to tell the story your way, kind of like what HTC’s Zoe app currently does.

The service isn’t completely free, though there you can store up to 2GB of media and create 30 second montages for free, then once you want to go further than this you pay US$5 a month for 25GB more storage and longer montages, or US$10 a month for completely unlimited storage.

RealTimes is basically an evolution of the company’s last major product, RealPlayer Cloud, which was focused entirely on getting your videos into the cloud and viewable across multiple devices. While the original app did gain 11.5 million users since debuting in 2013, RealNetworks found that most people were only using it once or twice a month. So they decided to go back to the drawing board to create an app they hope you will use several times a week.

In the interview, Glaser said that “if a startup says we’re going to hold your memories forever you don’t know how long that’ll be,” referencing Everpix, a now defunct photo startup that also tried to backup all of your photos. Glaser went on to point out Real Networks established presence in the tech industry as a reason this is an unlikely scenario to befall them “As a 20 year old company think people know we’ll be in it for the long haul.”

Whether RealTime will be able to shake off the stigma that comes with RealNetworks of having absolutely slow and time consuming apps and services remains yet to be seen. However if you are still interested in trying out RealTime, you can hit the link below to download the app for free from Google Play. 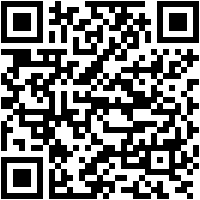 RealPlayer… number two on PC World’s list of “The 25 Worst Tech Products of All Time”. No, we’ve not forgotten how you abused your ‘customers’ in the past.