Google is a company made up of thousands of developers, often making tools for other developers. One thing their developer team does is release new apps to show off what platforms can do and how to do things ‘right’. Some of these halo apps though can be downright fun, and for Google Cardboard users, this is the category that Pie Noon falls under.

Google’s ‘Fun Propulsion Labs’, a team within Google which is ‘dedicated to advancing gaming on Android and other platforms’, has released Pie Noon for Android and Google Cardboard, which lets you take a virtual pie in the face. It’s a proof of concept app for many reasons incorporating a number of technologies from the Cardboard SDK for Android, which the team says:

helps simplify common virtual reality tasks like head tracking, rendering for Cardboard, and handling specialized input events. And you might remember us from before, bringing exciting game technologies like FlatBuffers, Pindrop, and Motive, all of which you can see in use in Pie Noon.

You can check out the Pie Noon Trailer below:

Pie Noon is available for free now in Google Play, it requires Android 4.0.3 and above and of course a Google Cardboard headset – which you can grab from the Ausdroid shop. 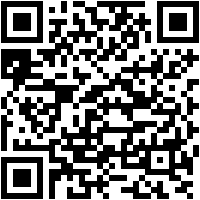