While it’s a step outside the norm for an airline, Koninklijke Luchtvaart Maatschappij N.V. better known as KLM, or their English translated name Royal Dutch Airline has released a game called Jets – Flying Adventure.

The game isn’t a new concept, reminiscent of the Subway Surfers style game style, except in this game you’re a paper aeroplane flying over the famous roads and canals of Amsterdam, avoiding rusty bikes and trams along the way. The game offers bonuses for travellers flying with KLM airlines, especially those flying out of Amsterdam Airport Schiphol.

As well as the single player mode, you can also challenge your friends with options to connect with Google+, Twitter or Facebook. It does seem a little limiting for multiplayer as it seems you have to have friends playing the game before you can challenge anyone, but it’s nice it’s insular and you only play people you know.

As evidenced by the rewards based system for flying KLM, as well as flying out of their home airport, Jets is a freemium game. While there’s no upfront cost, there’s various upgrades and more you can grab for a little cash, which ranges in price from $2.78 – $11.17 per item. 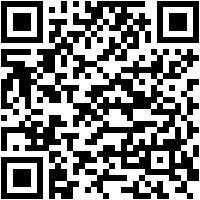 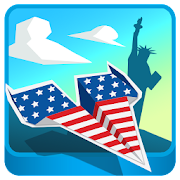