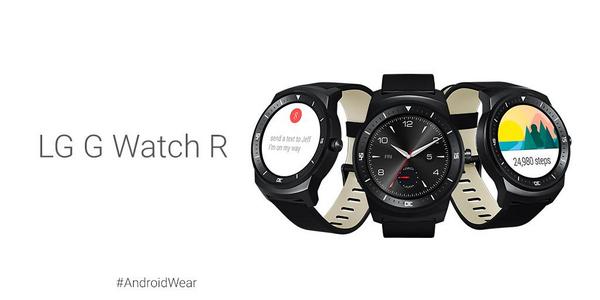 LG’s 6-month old G Watch R will no be left behind when it comes to Wi-Fi compatibility the company has finally announced. The G Watch R was recently left off a list of Android Wear watches announced by Google as being compatible with the Wi-Fi component of the latest Android Wear update, but LG has advised that there’s an update coming in Q3 to enable Wi-Fi on the round faced watch.

The statement which first appeared on AndroidWorld in the Netherlands, outlines the need for a software update and gives the time frame :

There have been some confusion about the capabilities of LG wearable devices with the arrival of the latest version of Android Wear, hört rolling out this week. Regardless of what HAS BEEN Reported, the latest version or Android Wear does not automatically providence Wi-Fi support Unless the device was designed with this functionality in place at the time of sale.
LG Watch Urbane is the only wearable device Currently shipping with the latest version of Android Wear OS and is Wi-Fi capable out of the box. The original LG G Watch was not designed with Wi-Fi in mind and will not have this capability even after the Android Wear update. LG G Watch R will require a maintenance release after the patch update to Android Wear-access Wi-Fi networks. LG engineers are preparing the patch now for availability in the third quarter.
We thank fans for LG Their patience and loyalty. LG is confident in Guaranteeing That wearable Their experience will be second to none.

Q3 is not too far away, but it could be the end of September before we see the update – possible, but hopefully not likely.

The G Watch R is still a hugely popular watch, which has many happy customers around who will be all the more pleased by the continued support. Unfortunately for original G Watch owners, there doesn’t seem to be any happy ending coming; nevertheless we have reached out to LG Australia for an update.

Mostly useless feature anyway. I’m fine with my G not getting it.

Nah, it has the same guts as the urbane. They want it crippled at first to sell the more expensive device.

This makes me happy.