Amidst the announcements from Google I/O yesterday, leading keyboard developer Swiftkey announced an update for the keyboard, bringing updates from their beta track to the stable release.

Announced back in April, the latest update brings the mini-hub that Swiftkey describes as :

SwiftKey Hub is designed to be the home for all of the content and features you use most often. The Hub replaces the subset of settings previously accessible via long-pressing the ‘123’ key; you can tap or slide on the ‘hamburger’ menu on the far left of the prediction bar for quick access to Personalize, the SwiftKey Store, and Settings. 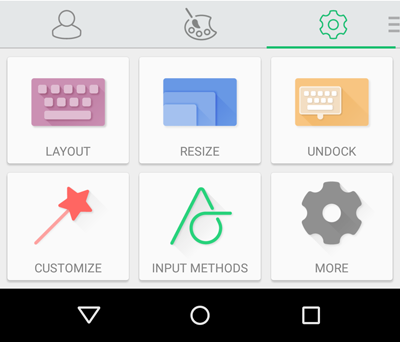 They’ve also introduced a new theme called Carbon, which is replacing the usual Nickel theme that’s been the staple of Swiftkey for some time. Swiftkey says ‘Carbon’s design is a combination of the Minimal and Material themes, and aims to visually capture the sleekness and speed of SwiftKey. The base color of this theme was inspired by the element Carbon’. As a bonus, Swiftkey has also launched support for Hindi, Tamil, Gujarati, Marathi and Nepali languages, with their associated layouts. Those are available now.

If you haven’t tried out Swiftkey, grab it for free from Google Play and see what all the fuss is about.