Overnight, Oppo announced that it’s become the mobile phone partner for FC Barcelona in an arrangement that brings together their pursuit of perfection and artistry in mobile phones and the football club known for making football a fine art.

Oppo and FC Barcelona both seem pretty happy with their new partnership, and we’ll be keeping on eye out for some new FC Barcelona-themed promotions from the company’s local arm. 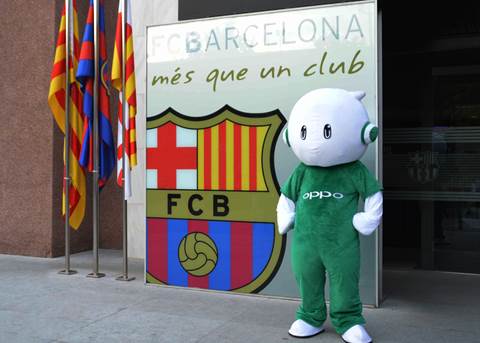 Details of the partnership haven’t been made public, but the company’s media release says that the two will co-operate extensively with football events, fan activities, TV advertising and accessories. Hopefully these accessories will include an FC Barecelona-themed Ollie figure, shown — one could say “teased”, if one were interested in collecting such items — in the promotional image below.