We’re always on the look out for great Australian developers and we’ve found a new game, from local guys FabMika Games, who’ve just released their second game onto the iOS app store and Google Play.

The game is called Makibot – The Forest Journey is a darker themed side-scrolling adventure which sees you controlling a steam punk robot as he navigates along a series of paths, avoiding obstacles and traps and gathering prizes along his journey. You’ll definitely see similarities to Limbo in the visual style, but the game play is a lot more fast paced, with an emphasis some times on speed.

Makibot contains twenty levels, which are a mix of puzzles and “jump and run” style gaming. With games such as Temple Run immensely popular it’s no wonder that this style has taken off, though Makibot has a far superior look in our opinion.

The game is the second release for the local developers, with their first game Space Enemies gathering a few hard core fans. But this second release looks set to cement their place as a source of quality games. Game designer, Fabrizio Michels said

Space Enemies was our first release and something I will always be proud of, but like most things you do for the first time, even though you just had a wonderful experience, in the back of your mind you always think you can do better. Makibot is the end result of everything I learned from Space Enemies and my vision of what I think a fantasy-style App should be. I know people will like it.

The game is out now on Android and iOS, as a Freemium title, with the game listed as containing in-app purchases. You’ll pay $1.27 per item but there’s nothing to say you absolutely have to buy any IAP.

For a great game, we encourage you to give this a look, this has great graphics and a really cool and compelling game mechanic that keeps you interested. It’s available to install on your device running Android 2.3.3 and above now in Google Play. 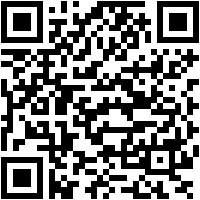 I’ll give it a look.