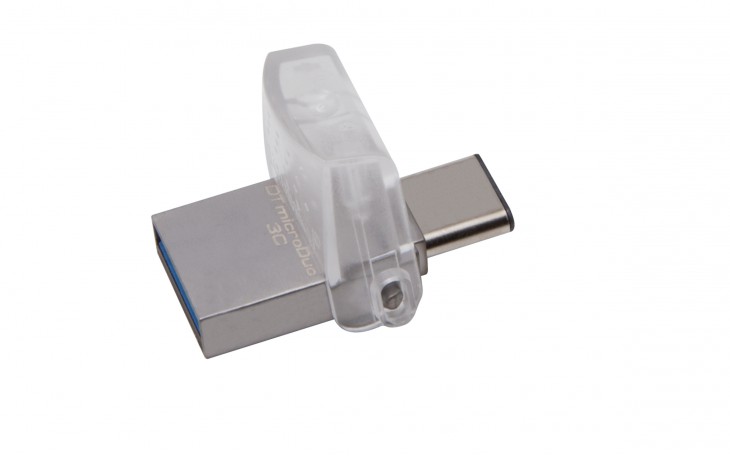 Memory maker Kingston has unveiled a new USB flash drive at Computex, tieing in with the latest USB tech update: USB-C. The new flash drive, called the DataTraveler microDuo 3C USB Flash drive, is similar to the current Duo type drives, though instead of microUSB and USB, it connects to the newer USB-C ports.

USB-C is the new type of connector that is featured on the new Chromebook Pixel 2, and which Google announced at Google I/O would be appearing on new generation Android phones, most likely including any new upcoming Nexus phones, in the next year. Pricing and availability haven’t been announced for Australia as yet, but we’re following up to find out particulars.