Makers of audio recognition software SoundHound, have released a new virtual assistant to rival Google Now. The app, which has been released in Beta, is ready to rock apparently, with natural language input based on the initiating phrase ‘Ok Hound’.

The app is now ready to try out on Google Play, with a very promising introductory video showing that Hound is apparently working pretty well. SoundHound are pushing the natural language understanding and voice recognition in the app, which they say will deliver the ‘fastest and most accurate results seen on a mobile voice service to-date’.

As you can see there’s plenty of Material Design included in the app, with a stylish card style interface shown off in the screenshots in the Play Store. The app has a clean interface, that’s designed to be naturally easy to read, but best of all will allow for accurate results and expanded functionality with the ability to make calls and send messages, as well as get directions, ask questions and then followup questions.

Hound is also designed to be open, with at least one major partner – Expedia – already on board to provide hotel information. But Hound is also going to be open to Developers, with a new platform called Houndify allowing developers to hook into the service.

The app is up on Google Play now, you can download it and request an invite to the private Beta from within the app if you would like to try it out. 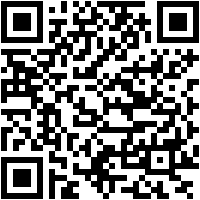 Hm, was able to install it ok and got the activation code a day later. I’m in Canada, so not the US. Not sure why they would exclude some countries. I’ve only just started playing with it… not too much, as I’m at work at the moment. But I tried the hands free send message function. It allowed me to send a text message if I say it all in one line, such as “send message to Kathy, Hi sweetie how are you”. If, however, I try to break it up and say “send message”, it will prompt me for… Read more »

Yup, “This app is incompatible with all of your devices.” [2]
Super disappointing. My phone is pretty new too (LG G3). Yeah, not the latest LG flagship, but still… 🙁

Only use google now

“This app is incompatible with all of your devices.”

On my phone it says “This item is not available in your country.”