Home News and Editorial You Must Download You Must Build A Boat – now available...

Fans of the original 8-bit themed 10000000 will be super-excited to find out that the sequel: You Must Build A Boat, has launched finally launched.

In the follow up to 10000000, you’ll use a very similar match-three style mechanic to progress your character through the game, though in this story you must: Build a Boat. You’ll start with a basic, small boat and a few monsters on your crew, but as you progress through, exploring dungeons you’ll pick up more crew members, as well as increase your skills, and upgrade your weaponry.

There’s been improvements to the training mechanism, so new players should be able to jump in and play with ease, though anyone who has played a match-three type game should be good to go.

The RPG matching game has been three years in the making, with developer Luca Redwood from EightyEight Games, completely revamping the Choose Your Own Adventure sub-system within the game. The new game mechanic allows for hundreds of encounters with thousands of choices. The game has a subtle new feature called Real Time Matching, which lets you get instant refills, changing the character on the fly within the game.

The game is available now in Google Play – there’s at least two members of the Ausdroid crew who have been waiting for this sequel and we’ve thrown our money at Google Play and so far we’ve not been disappointed, this is definitely worth your $3.79. 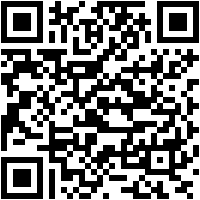